ADC at centre of land puzzle in Naivasha

Residents told to vacate parcels if they don't have legitimate ownership documents.

• Rift Valley Regional Commissioner George Natembeya said that the agency should issue title deeds to Mwana Mwireri Rironi Company, indicating it legitimately had sold them part of 2,504 acres in Ndabibi. 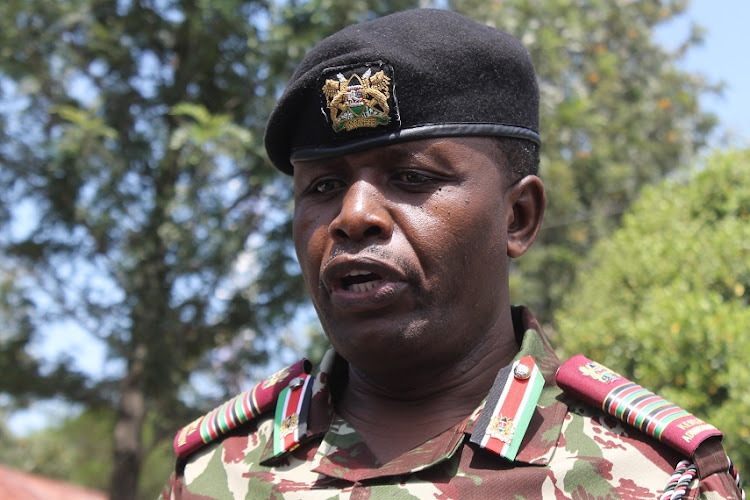 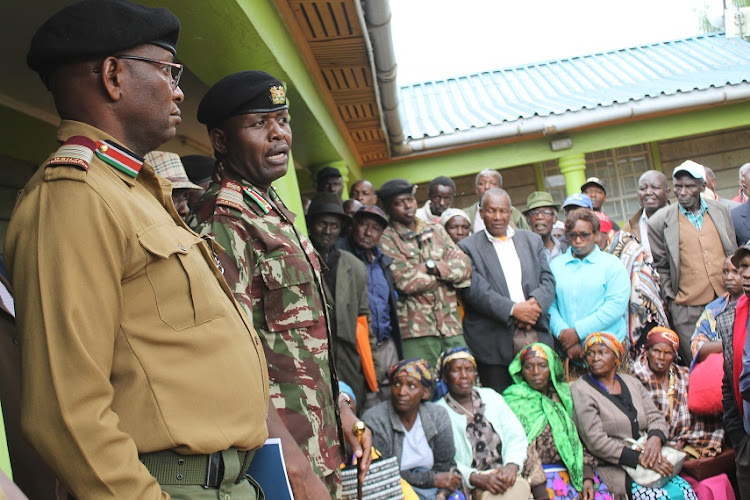 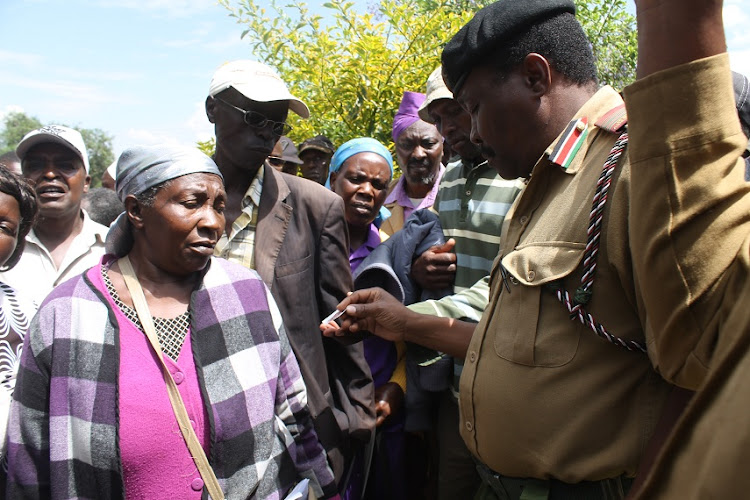 The Agricultural Development Corporation is embroiled in a land dispute in Naivasha, Nakuru county.

Managing director Mohammed Bulle has been tasked to show complainants from Ndabibi in Kongoni the land allegedly sold to solve the land puzzle.

Rift Valley Regional Commissioner George Natembeya said that the parastatal should issue a title deed to members of Mwana Mwireri Rironi Company indicating that it legitimately sold to the company part of the 2,504-acre Ndabibi land.

The two groups and Kipkulei have been wrangling over land ownership and its boundaries for decades.

Both Mwana Mwireri Rironi Company and Ndibithi Farmers claim the contested 300 acres. Each claims that the ADC and Kipkulei had interfered with its boundaries.

The land is said to have been sold to all the warring parties by the parastatal.

The disputed land was initially owned by the ADC.

Bulle acknowledged that the ADC sold the contested land to all the parties, but maintained that they were not involved in the dispute.

He said the agency had shown each of them their respective parcels, hence there shouldn’t be any dispute.

Natembeya had at a meeting attended by all the parties ordered the ADC to show its customers the parcel sold to each.

He said that a site visit by his office and available land ownership documents showed the legitimate owners of the disputed parcels.

The administrator had made a fact-finding mission to the area to resolve the matter once and for all after complaints to the Office of President.

The Mwana Mwireri Rironi and Naivasha Farmers Company Limited said they bought the land from ADC on April 27, 1999.

Natembeya said there should be no dispute over ownership since each group knows the parcel it bought from ADC. Kipkulei has legitimate title deeds to his land while that of Mwana Mwireri Rironi and Naivasha Farmers Company Limited has been withheld due to dispute. It’s with the ADC lawyer.

Natembeya had earlier questioned how the disputed land changed ownership from the squatters to ADC. The administrator hinted that there was no trail of how the parastatal owned the land which was initially owned by a white settler.

The residents claimed they have had the land since the 1970s.

“We have had this land dispute problem since the 1970s when our fathers bought several parcels from white settlers and others from ADC. The parastatal has since subdivided part of the land they sold to us [and sold it to] individuals we don’t know,” spokesman Edward Maina said.

A section of Mwana Mwireri Rironi Company and Ndibithi Farmers Company challenged Natambeya’s order, stating that the land claimed to have been sold to them wasn’t the one.

They claimed their land had been reallocated to an individual.

Natembeya asked Maina to produce either a sale agreement or title deed to show ownership of the claimed land.

He said nobody will be allowed to “eat someone else sweat”, adding that everybody must own what rightfully belongs to him or her.

The group was asked to produce either of the documents to confirm that ADC sold the other parties “nonexistence parcels”.

Natembeya warned that the government will evict those sitting on others’ parcels if they fail to produce legitimate ownership documents.