Among counties whose funds have been withheld. 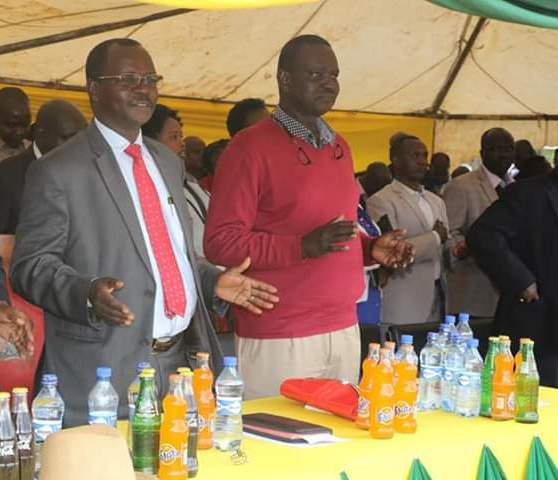 The West Pokot government has been urged to pay pending bills and stop crippling services.

West Pokot is among counties whose funds have been withheld for failing to clear pending bills.

Addressing the press in Kapenguria on Wednesday, Senator Samuel Poghisio said contractors who offer goods and services should be paid their dues.

He also took issue with the county for giving contracts to outsiders.

“Why do you outsource contractors from other regions and yet we have enough contractors in this county to carry out the services," Poghisio said.

"The funds we get in the county should do services in this region and help us in developing this area. This will help to stimulate our economy and reduce poverty levels.”

National Treasury CS Ukur Yatani disbursed Sh14.5 billion to 24 counties that have complied with the directive to settle pending bills.

Trans Nzoia, West Pokot and Turkana are among 23 counties that have missed out on their allocations.

But West Pokot Governor John Lonyangapuo has defended his administration, saying he cannot pay since there was no work done on the ground.

He said most projects undertaken by the former administration were incomplete and marred by corruption, with figures inflated.

“My government will not pay [for] some of the projects since I don’t want to violate the Constitution. Most of the work done is not equivalent to the amount allocated,” Lonyangapuo said.

“The CS should come out clearly over the report since you cannot compel counties to pay for projects that are not genuine.”

Lonyangapuo asked government officials living in Nairobi to visit counties and get the true picture on the ground.

He cited a contractor hired to build staff houses at Masol for Sh5.8 million.

“I visited the site, the contractor has done nothing and you expect my government to pay for such projects. My government doesn’t condone corruption and I will not be forced to pay for ghost projects,” Lonyangapuo said.

He asked government officials to allow the EACC to investigate the projects instead of compelling counties to pay for ghost projects.

Senate called on the DCI to probe the Sh130 billion pending bills in counties.
News
1 month ago