We pledge to stop getting girls pregnant — Really?

West Pokot youths say they'll try to reduce the pregnancy rate to less than 20% by 2021. 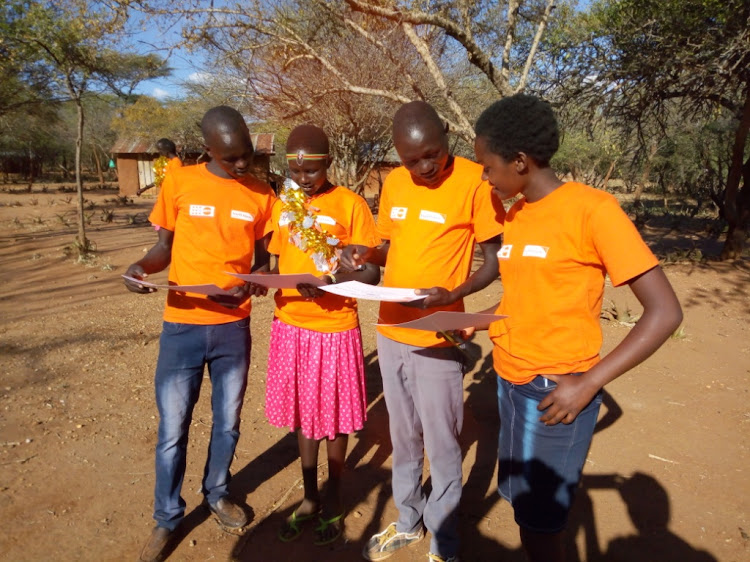 Some youths from West Pokot county are dismayed by the high cases of teenage pregnancy and say they are ready to take responsibility.

West Pokot has the highest number of teen pregnancies, 29 per cent, after Kilfi county.

Youths say they are stunned by the high numbers and want to reduce the numbers to less than 20 per cent by the year 2020.

But getting teenage boys to swear off sex,  or swear of sex without condoms is a tall order.

Speaking on Wednesday during a sensitisation meeting in Kapenguria, Declares Project sensitisation officer Clement Lokoma said the boys were amazed by the large number of girls sitting their exams in hospital after giving birth?

'You mean I'm responsible? I'm not the father. She wanted to do it.'

That's what youths say all the time but maybe they'll stop and think before acting on their impulses. And maybe. just maybe, they won't act, won't defile girls.

Lokoma said last year many county girls never sat for their KCPE exams since they were pregnant and some were married.

“The girls missed the exams since some were pregnant and feared to be ridiculed by their fellow pupils,” he said. He also attributed the high numbers to lack of information on sexual health among teen boys and girls.

“Many young people in the county have little or no information on sexual health and this has exposed them many to risks. As a community we should not sugar coat sexual health — we need to tell our children the truth,” Lokoma said

The Health ministry says out of 100 girls in the county, 30  get pregnant before finishing school.

“Implementation and coordination of the policy is poor and nobody wants to take responsibility. Every stakeholder is playing blame games to each other,” he said.

Mdaki urged MCAs to enact laws that will help address the problem at home.

Comprehensive sexuality education and providing contraceptives have been adopted by many countries. Mdaki did not mention this.

The youths also asked the community to abandon outdated cultural practices that also contribute to the increase.

In West Pokot county, female genital mutilation is increasng and once a girl has been mutilated, she is cast off, married off in exchange for a dowry, maybe a few cows and goats.