Rate of teen pregnancies in West Pokot is 29 per cent.

• 'Stop solving teen pregnancies locally. We have laws for such cases and when cases solved locally they mostly infringe on girls' rights.'

• Rise in teen pregnancies attributed to lack of information about sex among girls and youths. 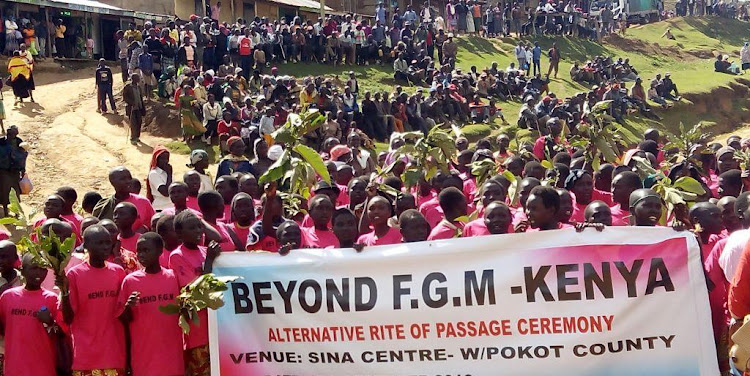 West Pokot elders have urged parents to monitor their daughters and encourage wholesome activities to avoid teen pregnancies over the holidays.

The county has among the highest rates of teen pregnancy at 29 per cent.

The elders urged parents to ensure girls are busy and don't have time to engage with "bad characters," leading to unwanted pregnancies.

Elders led by William Lopetekau urged parents to inform girls how to protect themselves during the long holiday.

“This is period for parents to be near their children and to understand them well. Let's engage our children in various activities so they can have a brighter future,” he said.

Most parents accept cows from those who impregnate their girls to help feed young ones. Let's stop this habit since it shows we have already married off our girls.

“Let’s stop solving cases relating to teen pregnancies locally. We have laws governing such cases and mostly when they are resolved locally they infringe on girls rights," he said.

An official from Sikom Peace Network Winnie Chepoo urged parents to stop accepting gifts from boys and men who make their daughters pregnant — bribes to avoid the criminal justice system.

“Most parents accept cows from those who impregnate their girls to help feed young ones. Let's stop this habit since it shows we have already married off our girls,” she said.

Cpetoo said this shows parents have decided their daughter's husband against their wishes.

“Let’s give our children time to decide for themselves whom they will spend their rest of lives with,” she said.

Young people in the county have attributed to increased numbers of teenage pregnancies to lack of information on sexual health among youths.

“Many young people have little or no information on sexual health and this has exposed them to many risks. As a community we should not sugarcoat sexual health — we need to tell our children the truth,” Declares Project officer Clement Lokoma said.

Lokoma said the organisation and arranged information meetings with teenagers from various areas over the holiday.

“As youths we are determined to reduce teen pregnancy to less than 20 per cent by the year 2021,” he said.

Lokoma said that they were amazed by high numbers of girls getting the KCPE and KCSe exams in hospitals after giving birth.

Lokoma said last year more than 97 West Pokot girls never sat the KCPE snce they were pregnant and some were married off.

Is sex education the answer to teenage pregnancies?