• Women suffering from fistula are still many because of female genital mutilation.

• Lonyangapuo says funds the county receives from the national government not enough to cater for all health services. 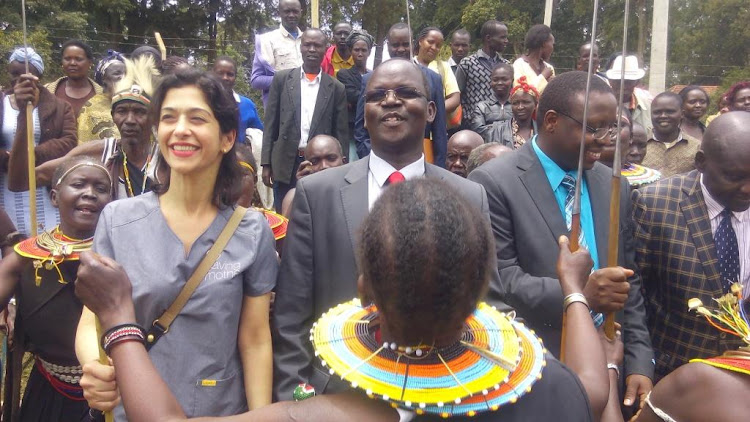 More than 60 women from West Pokot county have benefitted from free fistula surgery at the Kapenguria County Referral Hospital.

Health executive Geoffrey Lipale on Sunday said a team of 11 US doctors under the Saving Mothers Foundation have been in the county for one week. He said the county has partnered with the medics to tackle different complications.

"The doctors come twice per year to help women with fistula problem, educate women on the need to deliver in hospitals to help reduce maternal deaths," he said.

The county still has a large number of women with fistula problems due to female genital mutilation. Reconstructive surgery of fistula is expensive and most women are poor and cannot afford it.

"We partner with various well-wishers who offer the services for free to help our women live a comfortable life," Lipale said.

Beneficiary Mary Lotiola said she has stayed with fistula for more than 15 years and the condition had barred her from leading a comfortable life after she gave birth to her firstborn at a tender age.

She said her husband abandoned her, hence she had to raise her child on her own.

"I want to thank the doctors for offering the surgery for free. I know I will be able to interact with people freely without shame after the healing," she said.

Governor John Lonyangapuo said fistula had been contributed by FMG and early marriages and the county is keen to fix the problem.

"Cultural practices have exposed our women to many problems and my government is committed to ensuring the culture does not continue harming them," he said.

"Over 90 per cent of the health funds remain at national government and only 10 per cent disbursed to the counties. This is not enough to cater for services," he said.

He said his administration has done all it can to improve services and that has led to people from neighbouring counties flock to their facilities.

"Our facilities are overstretched since we receive patients from as far as Turkana and Trans Nzoia counties. The national government should increase allocation for health to marginalised counties," the county chief said.