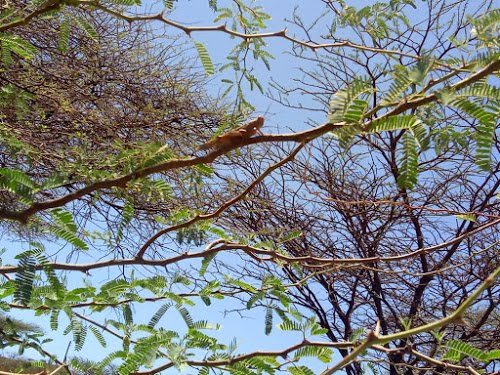 Residents of Loima subcounty in Turkana are living in fear of drought as swarms of locusts have invaded the area.

"We experienced drought for six months that affected people and our animals. The infestation of locusts definitely will lead to drought again because locusts are destroying our vegetation that we depend on to feed our livestock," he said.

Tioko has urged the county and national governments to respond to treat the invasion as an emergency to save the vegetation and avoid drought.

David Eregae, a resident of Lokiriama, said the locusts are all over the place feeding on vegetation, a clear indication that residents are going to struggle to feed their livestock.

Eregae said the vegetation that sprouted after a little rain in June will be depleted by the insects. "We were able to get pasture, vegetation and water but the locusts are now a threat," he said.

"It's the role of county government to ensure locusts infestation is managed. A few months ago we saw a plane spraying the locusts. But we don't know what happened because the locusts are still multiplying."

Lucy Akiru, a resident of Loima, accused the county government of failure to control the locusts.

"We are tired of calling for relief food. A good government should put in place the right measures to help residents. We have just been through months of drought and now the locusts will send us back to drought if not managed on time," she said.

Turkana county has been ravaged by drought for six months, affecting 805,000 people and forcing about 40,000 to migrate in neighbouring countries in search of water and pasture.