Kenya risks running out of pilots due to old age

On attaining the age of 65 years, one cannot be allowed to fly.

• To qualify as a pilot in Kenya, one has to part with close to Sh6 million for two licences 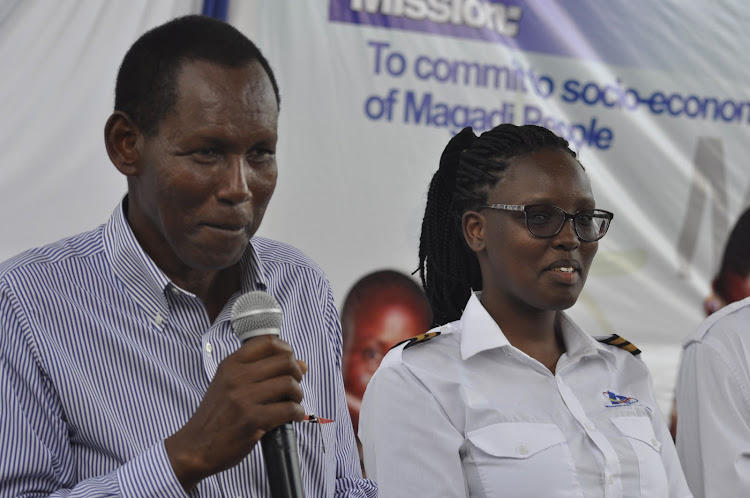 Kenya may soon run short of pilots as the ones in service are ageing.

“We do not have enough young men and women who are qualified pilots in Kenya, and this is likely going to bring doom in the aviation industry if we do not train our children to be pilots,” president and founder of Young Aviators Club of Africa Mercy Makau said during Magadi Education Day on Sunday.

Makau noted that on attaining the age of 65 years, one cannot be allowed to fly.

She said many of those with pilot licenses are now in their 40s and above.

The cost of training has not made it any better. To qualify as a pilot in Kenya, one has to part with close to Sh6 million for two licences, Glain Naneu,19, who is training to fly at the Flight Training School in Nairobi, said.

She is also taking a Bachelor’s degree in Civil Aviation management at the East African School of Aviation.

"To get a private pilot’s licence from the Kenya School of Flying, a student parts with a minimum of Sh2 million, while getting a commercial pilot’s licence costs over Sh4 million for the one-year course," she said during the second edition of Magadi soda Foundation Education Day.

But even with the high fee structure, students from local schools are more probable to get jobs with smaller airlines in Kenya which pay less than what their colleagues working for the national carrier get.

The school, which is by far the largest on-location training fleet in the Southern Hemisphere and the largest live on-campus facility on the continent, trains for the private, general commercial, airline, and military sectors, hence Kenya Airways’ preference for the school.

Once Naneu graduates, she is probably going to be the second Maasai woman pilot in Kajiado, after another from Kaputiei ward who is currently flying police helicopters at Kenya Police Air Wing in Nairobi.

Naneu is an alumnus of Magadi Primary School.