• This year’s programme has been carried out in 22 endemic counties.

• Programme in place for five years has treated 5.97 million children. 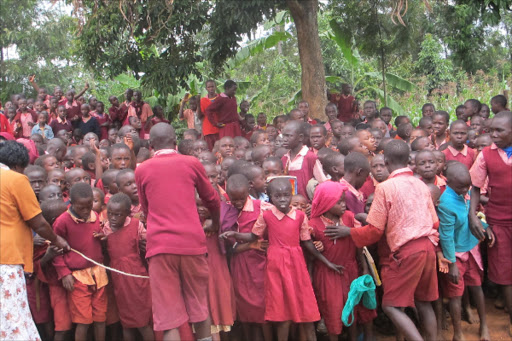 The Health and Education ministries have dewormed 450,000 pupils in 880 primary schools in Trans Nzoia county.

The drive was carried out in the past week under the National School-Based Deworming Programme to control parasitic worms that are a public health problem.

Principal public Health officer Philip Bett said the programme seeks to end the prevalence of soil-transmitted elements, among them tapeworms, whipworms, and hookworms.

“We are targeting schoolchildren aged below 14 and are exposed to factors which account for the spread of the worms,” Bett said at Showground Primary School in Kitale.

He said the programme, which is carried out annually in selected counties, seeks to curb health-related absenteeism.

“This year’s programme has been carried out in 22 counties across the country where there are high cases of worm infestation. Statistics indicate that one out of three children has worms,” Bett said.

Headteacher Raphael Wanyonyi welcomed the initiative saying it will be of assistance to pupils since most of them rarely deworm despite being exposed to spreading factors.

“We have 376 pupils in this school who have all benefited from this exercise. We have challenges with our infrastructure especially with the pit latrines which breeds ground for the worms,” Wanyonyi said.

The programme, which has been in place for the last five years, has treated 5.97 million children in more than 16,000 schools across 27 endemic counties.