The state corporation, according to available documents, has already paid the ranchers and firms between Sh280,000 and Sh36.9 million.

• The project, which stalled in 2013 will now restart after ranchers successfully argued for increased rates of compensation.

• Ketraco had argued that the ranchers were demanding too much and yet the land they want to use can be used to graze their livestock. 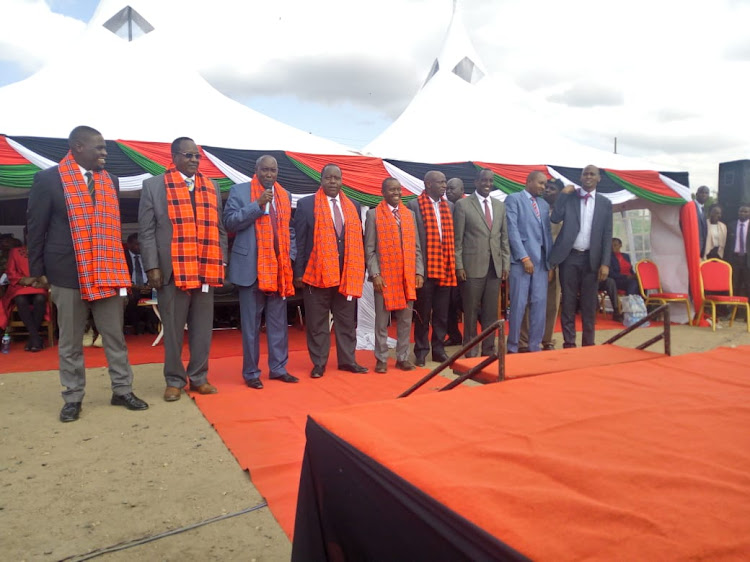 The government has agreed to pay Kajiado ranchers 35 per cent of the cost value of the land through which electric power lines will pass.

The agreement was reached in Kajiado town on Thursday, to unlock a project funded by the Kenya Electricity Transmission Company after seven years.

The stalemate was unlocked after the award of five per cent on top of the 30 per cent the ranchers had rejected.

Some 561 ranchers and firms had refused to allow Ketraco build the power line from Mombasa since 2013.

Ketraco had failed to complete the Mombasa-Nairobi project by the initial March 2013 deadline and this forced taxpayers to pay Sh5.4 billion more.

The project was initially to cost Sh11 billion but had racked up bills of Sh16.5 billion as at December 2015.

The state corporation, according to available documents, had paid the ranchers and firms between Sh280,000 and Sh36.9 million.

The Mombasa-Nairobi line is required to tap thermal generation at the Coast as well as 1,760MW from the planned coal and liquefied natural gas plants.

President Uhuru Kenyatta has directed the Ministry of Energy to mediate the dispute between the ranchers and Ketraco.

After the renegotiation in Kajiado, Energy CS Keter said work will now start in earnest for the construction of the high voltage power lines in the county to Ewuaso, Namanga and other destinations.

Ketraco had earlier argued that the ranchers were demanding “too much” and yet the land they want to use will still remain as grazing ground for their farmers.

Keter said once the connection is complete, Kajiado town will never experience any more outages like it has for many years.