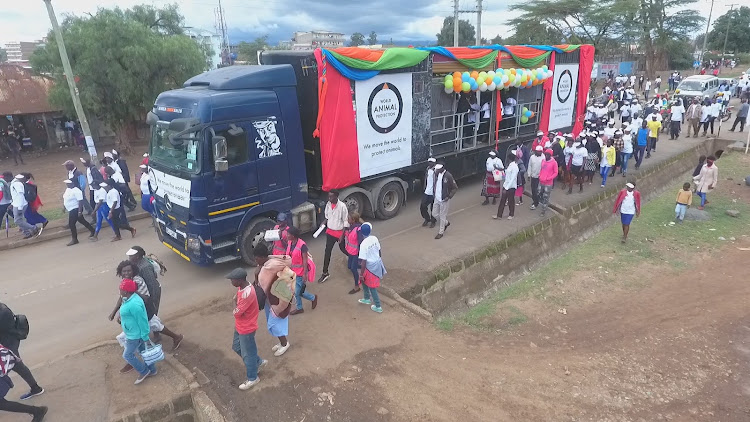 Disaster planning focusses on people and their property but seldom their livestock. They die in droughts, get washed away in floods and suffer disease.

Laikipia county, however, will now factor in animal welfare and safety in disaster preparedness.

Leaders in Nanyuki signed a public commitment on Friday last week to prioritise the safety of animals faced by danger.

Partnering agencies include the Department of Veterinary Services and the University of Nairobi.

The aim is to establish an Animal Disaster Fund at the county and national levels.

“Livestock husbandry being a devolved function, we have made great strides in protecting animals through legislation and animal welfare projects. We will scale up operations," Lucy Murugi, the county minister for Agriculture, Livestock and Fisheries, said.

World Animal protection Africa director Tennyson Williams said the campaign people should see disaster preparedness as a holistic undertaking that does not emphasise human safety and leave out animals' well-being.

Disasters can damage the family unit and community resilience, and damage to livestock damages a community's economic well-being.

Murugi signed the public pledge on behalf of Governor Ndiritu Mureithi to protect animals and set aside funds for their protection. More than 10 MCAs were present.

Livestock keepers in Isiolo are yet to be paid Sh44 million for the off-take program two years after it started.The farmers claimed that in 2018, ...
Counties
3 years ago
by GORDON OSEN News Journalist
Rift Valley
30 May 2019 - 00:00