GIVEN TO MENTALLY ILL MAN

• Police storm their home minutes before she was married off to a mentally ill man.

• Girl gave birth to a baby boy in January after she was defiled last year by their neighbour. 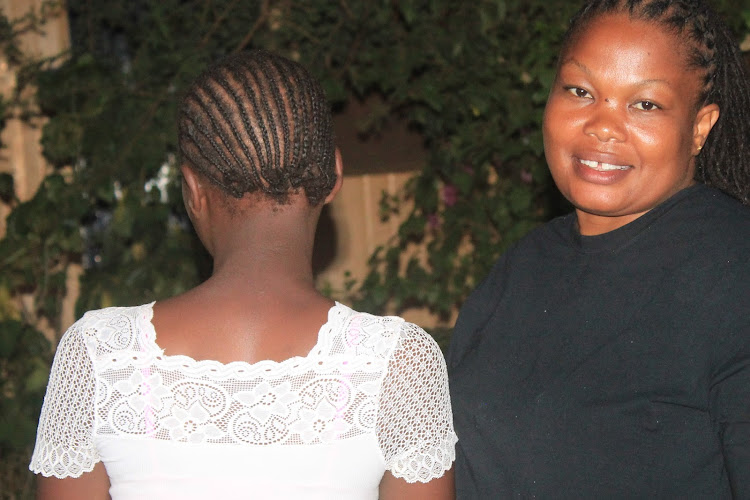 A children's rights organisation in Kajiado on Tuesday night rescued a 14-year-girl from forced marriage.

Jane (not her real name), a Standard 6 pupil at a school in Kajiado South subcounty, was rescued by police and members of Hope Beyond Foundation, minutes before she was married off.

Jane was last year in May defiled by a neighbour, and she became pregnant. The man, 54, allegedly paid her father Sh20,000 as a bribe after the incident, neighbours disclosed.

Jane said the man waylaid and defiled her several times while on her way home from school.

“I told my parents about the incident, but they took no action until I discovered I was pregnant. My father then went to the man and negotiated for Sh35,000 so the matter can be settled. He only paid Sh20,000,” a tearful Jane said.

Jane gave birth in late January to a baby boy. But her woes were not yet over. Early this month, another man visited the home and sought to have Jane married off to his relative, who allegedly has a mental problem.

Dorcus Parit of Hope Beyond Foundation told the Star on Thursday morning they rescued Jane after her father, Tempere ole Ntiyieyo, arranged for her marriage.

“We received information from the villagers of goodwill that Jane was going to be married off to a 51-year-old mentally retarded man. The man is also said to be HIV positive. I arranged with the police to raid the home, but unfortunately, everyone escaped except her mother who pleaded innocent,” Parit said.

She said mentally challenged man had never seen Jane, who now has a four-month-old baby boy.

Parit said on Thursday that Jane is undergoing counselling at an undisclosed location so she can later be enrolled in school.

“She is really traumatised. She had not even recovered from the rape trauma and later giving birth, and now she was going to be married off to a mentally challenged man,” Parit said.

She said she is being assisted by Loitokitok DCI and officials from the Ministry of Education in pushing for a case against Jane’s father and the man who defiled her.

The Hope Foundation CEO said early pregnancies among girls is not the end of life, and that such girls who fall prey to rapists should be given another chance and opportunity to realise their dreams.

“Since we started fighting such injurious practices among our people in Kajiado three years ago, we have rescued 500 girls, taken them to schools and later reconciled them with their families,” Parit said.

She said female genital mutilation and early marriages among the locals is rampant.

“Poverty is also playing a major role in this vice that has taken root in this region. Poor families would do anything with their minor daughters to get food on the table,” she said.

Five girls have been rescued from forced marriage in Bunyala, Navakholo Sub-county, and taken back to school.Area Assistant County Commissioner ...
News
2 years ago

Two siblings who were nearly married off due to lack of money for secondary education, were all smiles on Friday.Kaya Tiwi Mixed Secondary School ...
Counties
1 year ago
STAR COMMUNITY POLICY AND PARTICIPATION GUIDELINES
by KURGAT MARINDANY Correspondent
Rift Valley
16 May 2019 - 00:00