Government settled them but is yet to provide titles, victims cannot declare ownership in NIIMS

• Government failed to carry out survey and subdivision of land in Laikipia, Nyandarua, Nakuru, Uasin Gishu and Trans Nzoia 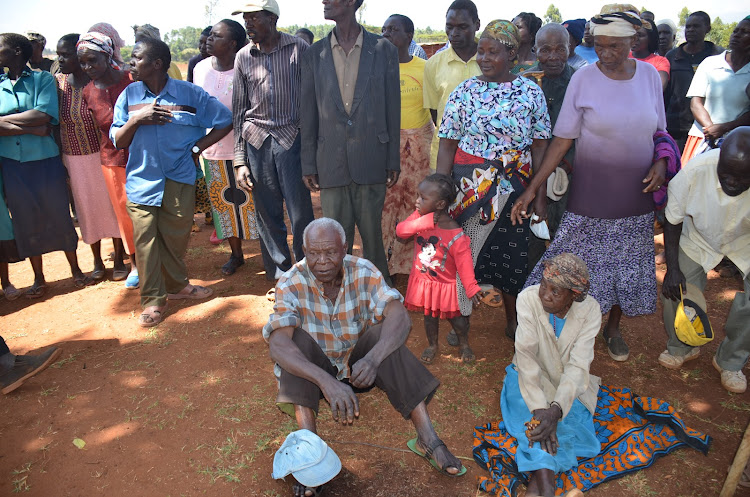 Victims of the 2008-09 post-election violence are unable to register for Huduma Namba as they cannot prove ownership of land given to them as compensation.

They were resettled by the state but are yet to receive title deeds.

“We want the government to clear the air on what our members should fill in that part on the declaration of wealth under the NIIMS registration exercise,” National IDPs Network secretary Raphael Eyanai said.

Confusion has been reported in Laikipia, Nyandarua, Nakuru, Uasin Gishu and Trans Nzoia within Rift Valley, where the government failed to carry out survey and subdivision of land.

“Delays by the government to issue title deeds to those settled has largely affected them since they can’t use their intended portions for economic value. We want this process fast-tracked to avoid these challenges,” Eyanai said.

They said some unscrupulous individuals are conning integrated IDPs by asking for facilitation fee for land compensation.

"We want the office of the Directorate of Public Prosecutions and DCI to swing into action to unravel cartels behind the vice, which has seen genuine IDPs miss on payments," Mark Korir said.

During his State of the Nation address, President Uhuru Kenyatta talked of plans to compensate victims of historical injustices. The conmen are using this to solicit funds from unsuspecting members, claiming it is facilitation and administrative fees.

Post a comment
WATCH: The latest videos from the Star
by CORAZON WAFULA Correspondent
Rift Valley
20 April 2019 - 00:00
Read The E-Paper