Two courts to be set up in Nanyuki town

Another court will be established in Rumuruti 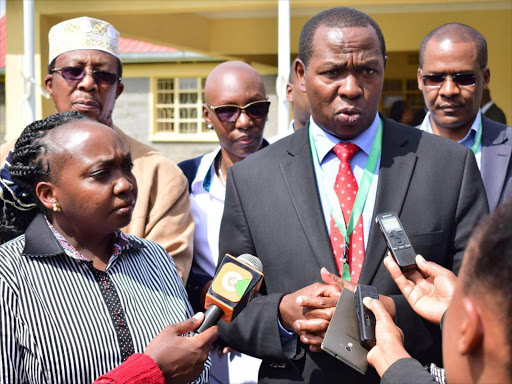 The Judiciary plans to set up two courts in Nanyuki, a JSC official said on Monday.

They are the Employment and Labour Relations Court, and the Environment and Land Court. The two will be established after a Sh318 million four-storey building in Nanyuki town is complete.

Judicial Service Commission vice chair Mercy Deche said the region has many pending land cases and disputes that require speedy conclusion. Judges will soon be posted to Nanyuki to hear the cases.

Deche spoke after leading a delegation from the JSC in a meeting with Governor Ndiritu Muriithi in Nanyuki town. The JSC officials also toured the Sh318 million building site.

“The building comprises eight courts and chambers and cells for men, women and children. Seventy per cent of the construction money has been paid and operations will start in November,” Tom Ojienda, a commissioner, said.

Another court will be established  in Rumuruti town. The area does not have a court and residents have been getting services from a mobile court in Nyahururu.

The court will serve people from the larger Laikipia West subcounty and Maralal in Samburu county.

Governor Muriithi said there is a need for a speedy conclusion of land-related cases by the Judiciary as they had contributed to disputes. He said many land cases in Laikipia end up in court.

“We are urging the Judiciary to speed up the land matters so that justice is served,” Muriithi said.

Deche said the Judiciary is upgrading the court system across the country by putting up bigger and modernised courts to ensure justice is accessible.

“We are going around the country engaging court users so their feedback will enable us make reasonable decisions that resonate with the local populations and affect how justice is served,” she said.

Other JSC commissioners in attendance were Olive Mugenda and Felix Koskei. The JSC team met local leaders and advocates based in Nanyuki.