School has no water, no proper lab, nol dining hall, lab and classrooms in deplorable condition

• The school has to buy water from over 20km away.

•It has one computer with slow internet connection, shortage of TSC teachers and no grass cover. 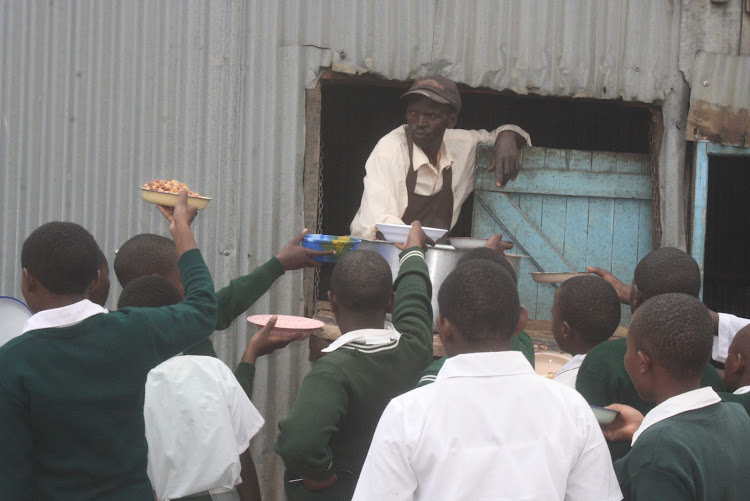 The world's best teacher, Franciscan brother Peter Tabichi, teaches in what must rank as one of Kenya's neediest schools.

But he illuminates it and inspires his students.

Sitting under trees and eating lunch amidst swirling dust from the bare ground is what the students of Keriko Mixed Secondary School do every day. There's not a blade of grass.

When the Star visited the remote school, 14 kilometres off the Njoro-Mau Narok tarmacked road, the students were eating lunch.

“We don't have the luxury of lunch in a dining hall like other students. This is where we eat, with blinding dust from all over” Form 4 student Dennis Ngare said.

This is where 36-year-old Tabichi, winner of the Sh100 million Global Teacher Prize on Sunday, teaches maths and physics, pays fees for needy children and gives them hope.

The students decried the deplorable state of their school, knowing the rains will make it much worse.

“Before scooping a second spoon of githeri, you realise the plate is already full of soup from the rain but there’s nothing much we can do. We eat fast, then rush back to our classrooms," Sharon Mokua said.

Their lunchroom under the trees is also the library — when it's dry. 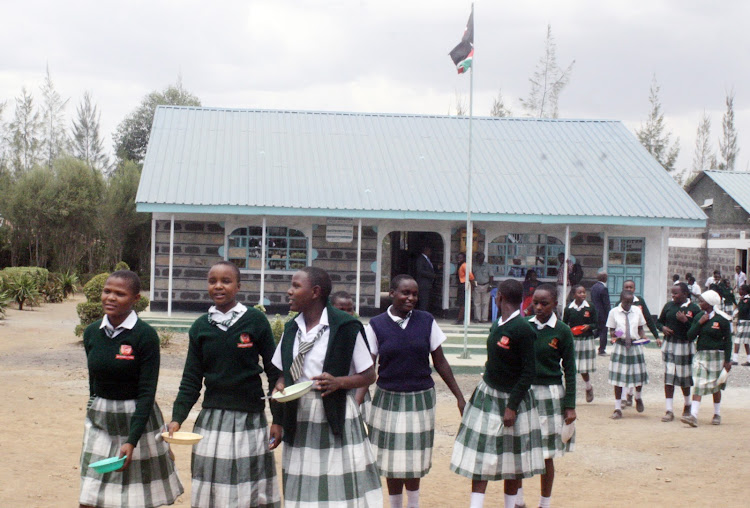 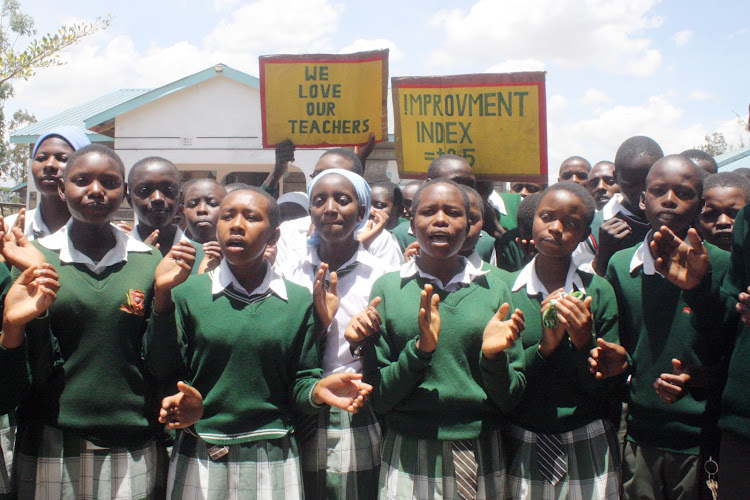 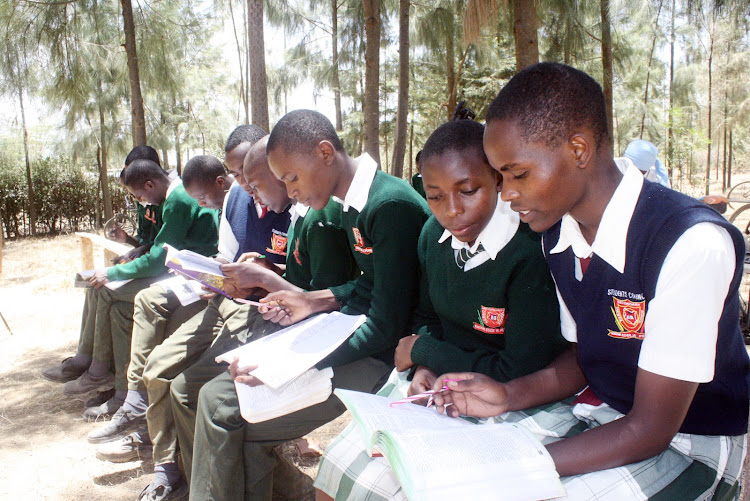 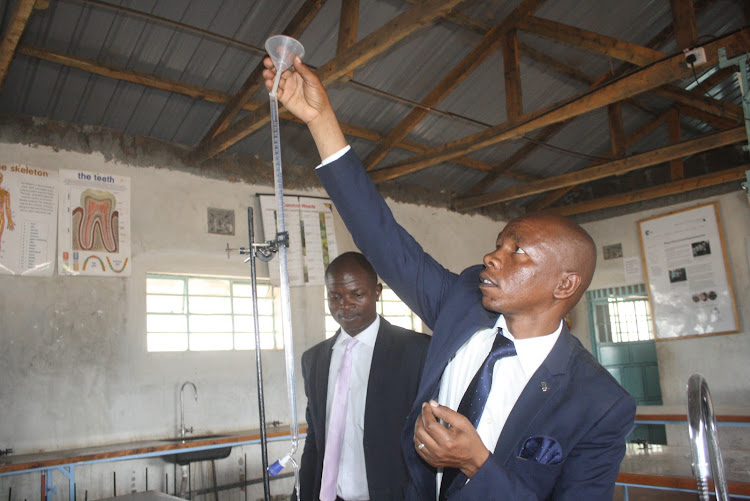 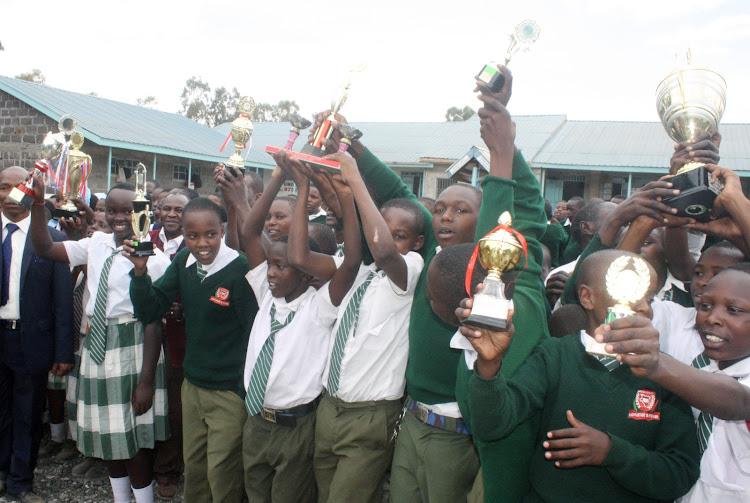 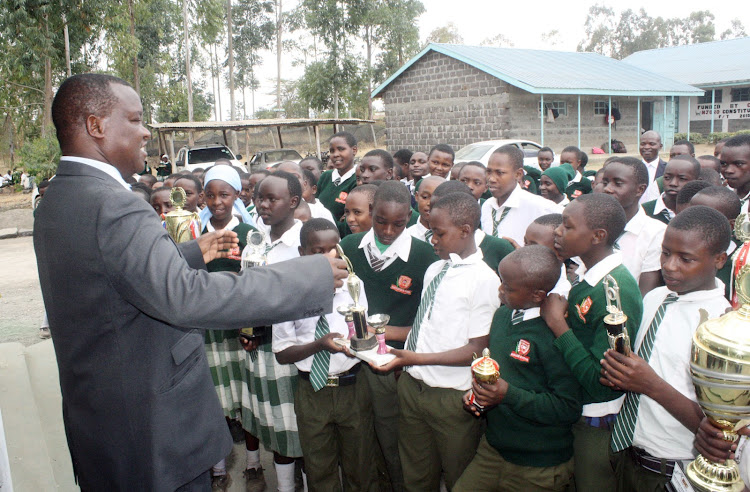 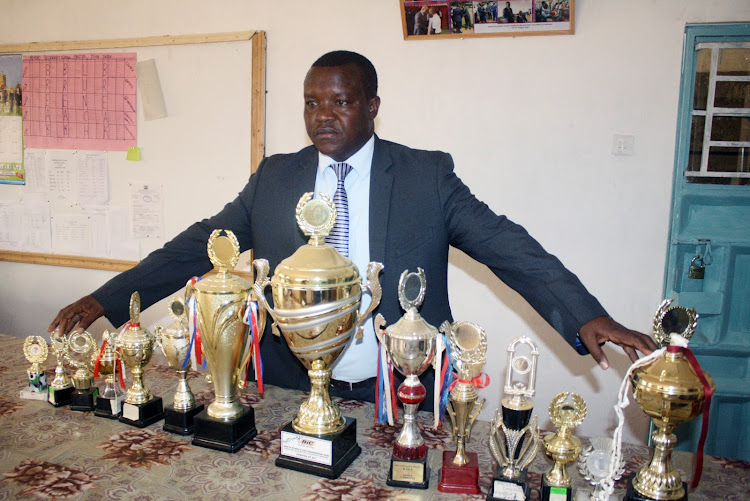 The school was started in 2007. It has one old computer with a very slow internet connection, which they treasure.

“The computer was a donation from a well-wisher. Sometimes we have to be in two groups of 36 to use it,” Sharon said.

Even their inspiration, teacher Tabichi, went to a cyber café to do research and download notes for his students. He paid from his own pocket.

The students call him humble, dedicated, God-fearing and having a humane heart.

They expected him to set aside a share of his prize to buy a school bus as many of them walk five to eight kilometres to and from school.

Tabichi teaches math, physics in religious school in Kericho, chosen from among 10,000 candidates.
News
2 years ago

The school, with orphans and others from humble backgrounds, is overcrowded. It has grown from 16 students in 2007 to 475 students today.

A single stream has 46 to 73 students, much higher than the recommended teacher: student radio.

“We started the school because most students could not go to secondary school due to the long distances. Initially, we were housed by Keriko Primary school, we had two classrooms and a staff room with iron-sheet walls,” deputy principal John Njoroge said.

Later, they built their own classrooms with CDF money.

But classrooms are overcrowded and there's no science lab.

The school has only seven TSC teachers and needs 12 more.

“Some parents have to chip in to employ teachers order to boost the low numbers helping students," Njoroge said.

The school is in dire need of clean and safe water. Parents, teachers and students struggle to buy water.

He gives away 80 per cent of his monthly income to help the poor.
News
2 years ago

“We have to buy water every day for our lunch programme and to wash apparatus for practical lessons over 20 kilometres away. It's very costly to sustain," principal Daniel Mwariri said.

There's no well-equipped laboratory, just a small lab partially equipped by the  Tabichi through the Franciscan Brothers' kitty.

Tabichi, who invented measuring equipment called the Essameter, was declared the winner on Sunday in Dubai. He said he didn't expect his scientific innovation and teaching could earn him such recognition.

Tabichi has been using 80 per cent of his salary to pay fees of needy students. He had promised to support the community if he won.

He resigned from a private school and joined Keriko three years ago.

Mokua, one of the beneficiaries, said Tabichi has been paying her fees for three years.

“I could count the times I attended school. I come from a humble background and my parents couldn't pay for my fees but the teacher offered to pay. I'm now in Form 4, looking forward to sit my KCSE exam,” she said.

The students who have been presenting a project at science congresses are to present it at the United States in May.

In 2017, two students qualified for the prestigious Intel International Science ad Engineering Fair but they could not proceed because the school couldn't raise funds for tickets.

This year, Esther Amimo and Salome Njeri, both in Form 4, are asking for financial support to realise their dreams.

“The students and two teachers who will accompany them need Sh2 million to  process travel documents and present their project in the US for the Intel International Science Fair Competition. We appeal to the government and well-wishers to support the young talents,” principal Mwariri said.

The students and residents call Tabichi a "tribesman" as 'he supports the needy without boundaries".

He also goes around persuading the community to recognise the value of education, visiting families whose children are at risk of dropping out of school. He usually gets them to change their minds.