Trachoma is responsible for the high rates of absenteeism in primary schools, especially in arid areas of the county 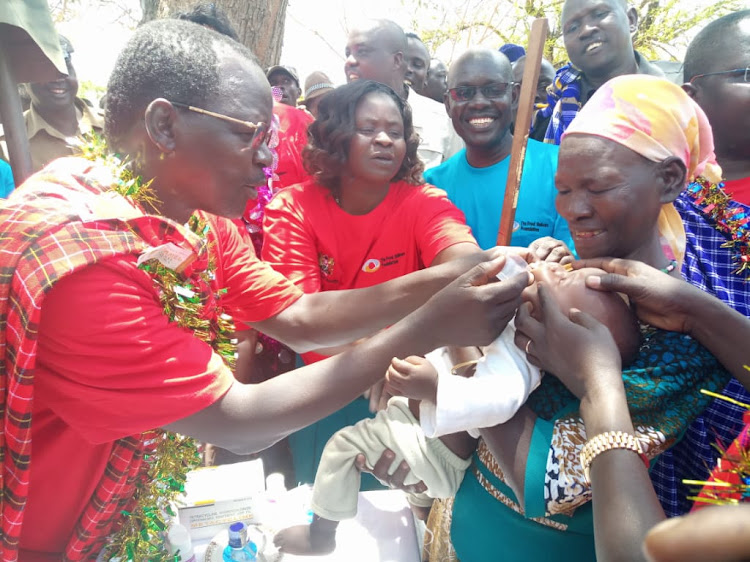 The county government will spend Sh11.5 million on the programme in which medics are distributing drugs door-to-door. It started on Monday and will end on Friday.

The team expects to conduct 1,500 surgeries on those at risk of losing their sight due to trachoma. The exercise is a collaboration of the county health officials and Fred Hollows Foundation.

Trachoma is rife in West Pokot due to the unique relationship the pastoralists have with their animals. The condition has been blamed for the large number of children absent from school.

The team is advising residents to adapt the SAFE strategy  – surgery, antibitiocs, face washing and environmental change – as preventive measure.

West Pokot Health executive Geofrey Lipale said three sub-counties have a high  rate of infection with more than 1,500 people likely to go blind if they are not operated on.

“For the past five years, in collaboration with Fred Hollows Foundation, we have managed to conduct 6,000 surgeries,” he said.

Lipale spoke during the launch of the trachoma treatment at Kacheliba sub-county hospital. He said trachoma is responsible for the high rates of absenteeism in primary schools.

“The county government is committed to reversing this trend by tackling this disease. Not only will the programme help restore people's eyesight, it will also enable children and the youth to work and earn a living without eye problems,” he said.

Governor John Lonyangapuo said the county government will set aside funds to be used in tackling the condition.

Dr Norbert Abuya urged residents to observe hygiene because trachoma is common in areas of poor hygiene and sanitation.

“A dirty face is a reservoir of trachoma, children with dirty faces are at high risk of being infected,” Abuya said.