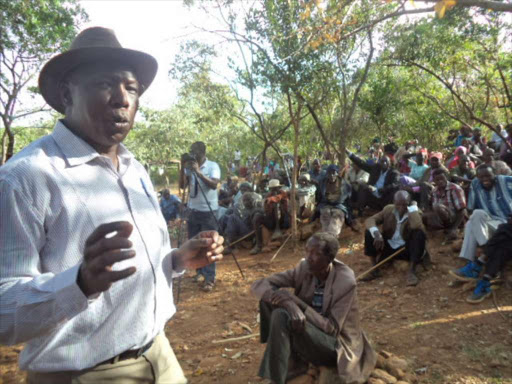 SOME 2,000 Baringo North subcounty residents hurt by cattle rustling want the government to compensate them.

The Tugen say they have not had peace since 1977, as bandits from the neighbouring Pokot community frequently raid their territory.

The Tugen on Monday attended a peace meeting organised by the Baringo County Anti- Cattle Rustling Programme at Kisumet in Bartabwa division.

“My family and I had to flee and we are now living like paupers,” he said.

Kamngetio Primary School head teacher Joseph Lomul said the institution has been closed for a long time and students have moved to Kisumet.

“A multi-billion shilling initiative has been mandated to ensure all those displaced get other homesteads,” he said.

“We are going to construct housing units for residents.”

Kandagor said residents from 18 counties have been affected by the cattle rustling menace.