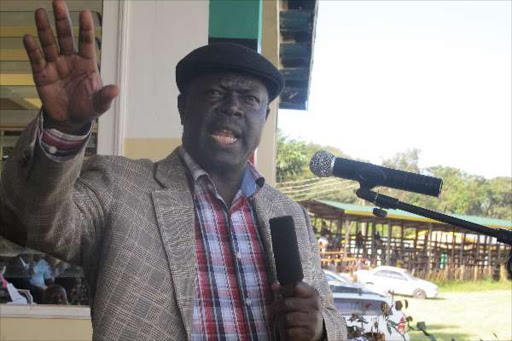 ADC, a parastatal based in Trans Nzoia county, faces financial collapse and Governor Patrick Khaemba has appealed to the state to save it.

“We have asked the government to help restore ADC by funding it,” Khaemba told the Star on the phone yesterday.

“As governors we met recently and discussed revival of the ADC. It can play a major role in ensuring food security in the country,” Mandago said yesterday.

The ADC plays a role in seed production, artificial insemination and mechanization services for farmers.

Most activities have slowed due to financial problems at ADC.

The corporation requires more than Sh500 million to pay workers over due salaries.

The government is investing Sh500 million in a station in Kitale with 100 bulls that will produce 1.5 million doses annually.

It will employ more than 100 permanent staff when it is completed in nine months.

Kenya will be able to export the semen to Uganda and other neighbouring countries.

“We are importing semen as a country but after the station is completed, we will be able to produce it locally,” said head of technical division at ADC Richard Ayabei.

Governor Khaemba has suggested that if the government is unable to finance ADC then it should allow the corporation to borrow money from other sources.

Post a comment
WATCH: The latest videos from the Star
by MATHEWS NDANYI
Rift Valley
11 August 2015 - 05:30
Read The E-Paper