Years of cultivating the same crops on the same land has resulted in poor soils and low yields.

• Farmers admit that they do not pay keen interest in rejuvenating their soils for better yields. 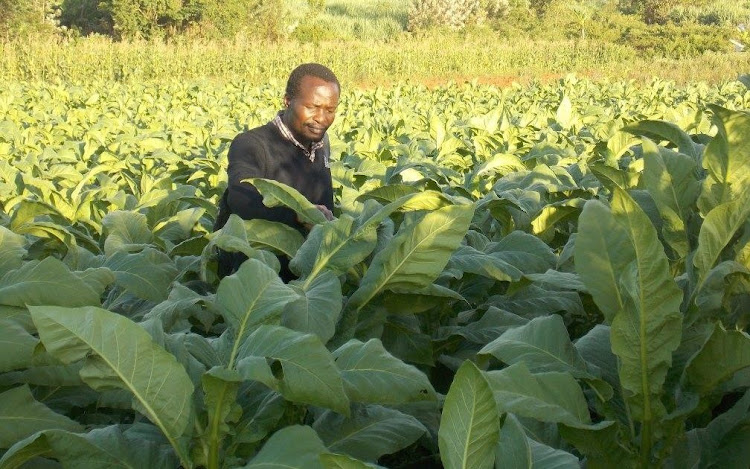 Farmers in Migori are adopting crop rotation techniques to maintain soil fertility on their farms and increase harvests that have been declining fast in consecutive seasons.

Thomas Owiti, an agricultural expert who retired from the civil service recently, says years of cultivating the same crops on the same land had resulted in poor soils and low yields.

“Farmers have grown the same crops on the same land for years, with the end result being tired soils,” he says.

Other factors that have contributed to low yields include erratic rainfall, lack of incentives and subsidies from the government, according to Owiti.

And to add to the list of the farmers’ woes, the effects of relying on a few vulnerable crops like maize for years has also dealt a severe blow to food production in the region.

Farmers have now turned to growing different crops like soybeans, cassava and millet on plots previously occupied by maize and sugarcane only for all seasons to earn good yields.

Farmers also admit that they do not pay keen interest in rejuvenating their soils for better yields.

“Year in, year out, we have ploughed the same land like our forefathers,” farmer Charles Mwita from Ntimaru in Kuria East subcounty says.

“Farmers have also used the same fertilisers and pesticides on the same land for years, with the end result being tired soils.”

He cites decreasing soil quality as a major cause for decreased land productivity in the county.

Mwita, for instance, says that in 1977, an acre of land in the region would produce more than 60 bags of maize.

“The soils were very productive then. But the same cannot be said today as the same acre now yields below 20 bags,” he says.

“We have been planting and top dressing fertilisers and herbicides for a long time. This has exerted stress on the soils,” he says.

Soil expert Dr Martin Njuguna says the declining soil fertility in the region and country as a whole has been complicated by expensive soil testing services, making it difficult for poor farmers to establish the status of their soils.

“Farmers for long disregarded soil status, including its composition, as a factor to consider before engaging in farming,” he says.

“However, this arable land is fast losing productivity due to the limiting soil acidity caused by repeated crop growing and harvesting,” he says.

Other causes, he says, are leaching or the removal of nitrate nitrogen from the soil through dissolution, build-up of soil organic matter and continued use of fertilisers containing ammonium or urea.

Mechanised farming through the use of tractors to plough and plant has compressed soils, further hiding the nutrients necessary for crop productivity.

“Compressed soils have made it difficult for crop roots to go down to where crucial nutrients are found,” Njuguna explains. As a result, he adds, roots spread sideways instead of downwards towards the nutrients.

“Due to the compaction, nutrients get locked up and there is lack of air and water circulation in the soil. This hampers germination,” the expert says.

He says, “When it rains, water does not also infiltrate the soil and that is why farmers experience flooding in their farms during rainy seasons.”

Other effects of compaction on farming include suffocation of seedlings by floodwaters, washing away of herbicides, non-evaporation of water and cracks on the ground, which prevent moisture conservation.

Dr Njuguna says use of fertilisers to increase yields does not work because fertilisers add acidity and do not break the compacted soil.

When yields are low, farmers only break even and do not make a profit, he explains. He says this is the reason why they hoard their produce like maize anticipating increased prices.

However, hoarding does not guarantee profits as farmers are at the risk of incurring post- harvest losses. According to this expert, the ideal way to increase yields and subsequently reap profits from farming is to focus on ground preparation.

Research has confirmed that the product increases yields by 15 per cent. “It removes fertiliser, calcium nitrogen that has been used overtime, thus reducing soil acidity drastically,” he says.