They said public participation was not done before changes were made 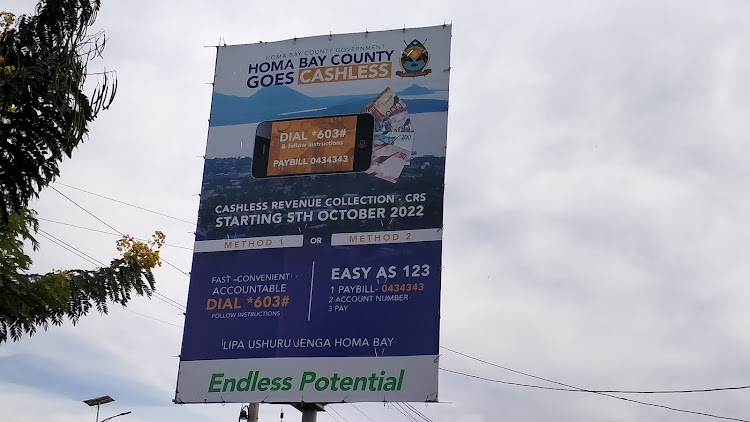 Homa Bay activists raised concerns after the current administration changed the county slogan from the County of Choice to Endless Potential.

Governor Gladys Wanga changed the county slogan after she took over from her predecessor Cyprian Awiti.

She argued that the county has resources that can be used for development if utilised prudently.

'The ‘endless potential’ slogan is used to accompany many messages containing the development programmes the county is undertaking."

Most social media accounts for Homa Bay government use the slogan.

The county secretary Bernard Muok agreed they changed the slogan after realising that the county has a lot of untapped opportunities.

“We have the longest shoreline of Lake Victoria and other beauties. The change is in line with the vision of Homa Bay leadership,” Muok said.

But some activists have questioned the guidelines followed to change the slogan.

The activists have questioned the procedures used to change the catchphrase.

They said public participation was not done before the changes were made.

He said Section 4 of the Act states as follows; That every county shall enact legislation prescribing the following county symbols— (a) the county flag; (b) county coat of arms; and (c) the county public seal.

That the County Executive shall develop the symbols of the county through a consultative process for approval by the county assembly by legislation.

"The county legislation enacted under subsection (1) shall provide for the use of the county symbols in the same manner as provided for in the National Flag, Emblems and Names Act (Cap. 99)."

That a county symbol shall not be the same as or bear a likeness or similarity to a national symbol.

“We feel that due procedures were not followed here. Views of the public should have been collected before they changed the slogan,” Oloo said.

Lawyer Japheth Osoro said failure by the county government to conduct public participation on important matters gives residents the freedom to petition the same in a court of law.

“If residents were used to one thing then it suddenly changes to another without them being involved, they are free to move to court,” he said.

However, the county assembly speaker Julius Gaya defended the move saying each regime can change the slogan to suit its agenda.

He said the governor has the freedom to change the county slogan.

“It’s the development agenda that one has that can make them change the slogan. Nothing binds the governor from changing the slogan from a predecessor,” Gaya said.

Post a comment
WATCH: The latest videos from the Star
by ROBERT OMOLLO
Nyanza
24 January 2023 - 17:25
Read The E-Paper