Omondi challenged the 484 win margin between him and Mijungu

• The court said that despite cases of irregularities, violence and electoral offences filed by the petitioner, the results were still valid. 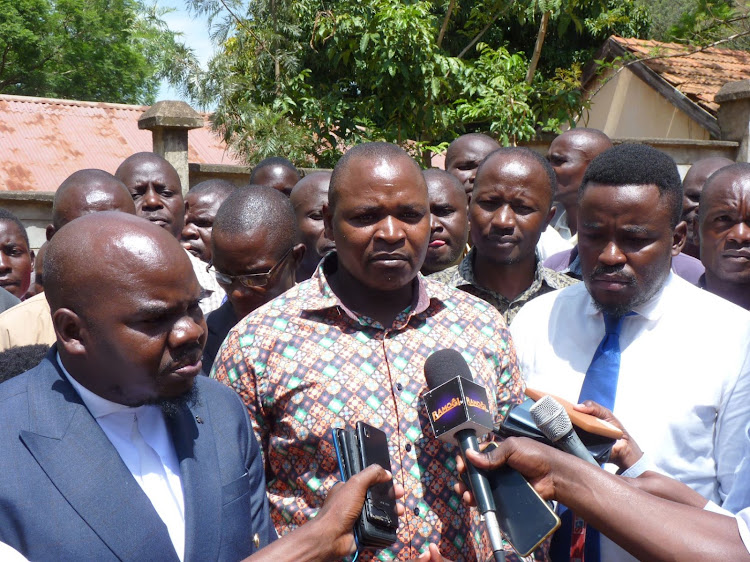 Mijungu ran on an independent ticket in last year's August election and defeated ODM's Bernard Omondi, who was largely seen as the frontrunner.

Mijungu’s win was challenged by Omondi who named him as the first respondent, and Uriri IEBC returning officer and the IEBC as second and third respondents respectively.

Omondi challenged the 484 win margin between them, saying the will of the ward’s voters was subverted. He had claimed that the exercise was marred by violence, intimidation, voter bribery and attacks on his agents.

During the election, a voter at Konduru polling station lost his life during chaos.

In his petition, which had 16 witnesses, Omondi said irregularities in about five voting centres “showed a disparity of 1,387 votes which could not be accounted for and this had a great impact on the outcome of the elections”.

“There was an organised scheme by the first respondent (Mijungu) and the second and third respondents (IEBC and returning officer) to rig the elections in West Kanyamkago,” he said.

But in the judgment, the court said that despite cases of irregularities, violence and electoral offences filed by the petitioner, the results were still valid.

The petitioner was also ordered to pay Mijungu a sum not exceeding Sh700,000, and both the IEBC and Uriri returning officer Sh700,000 which will be subject to taxation.

Omondi can appeal the court’s decision.

Speaking outside the court, Mijungu thanked the court for the decision and voters from West Kanyamkago who stood by him.

He said he would work to unite the ward and spur development.

Post a comment
WATCH: The latest videos from the Star
by MANUEL ODENY
Nyanza
18 January 2023 - 22:00
Read The E-Paper