Sisters left in ICU after gang attack in Kisumu 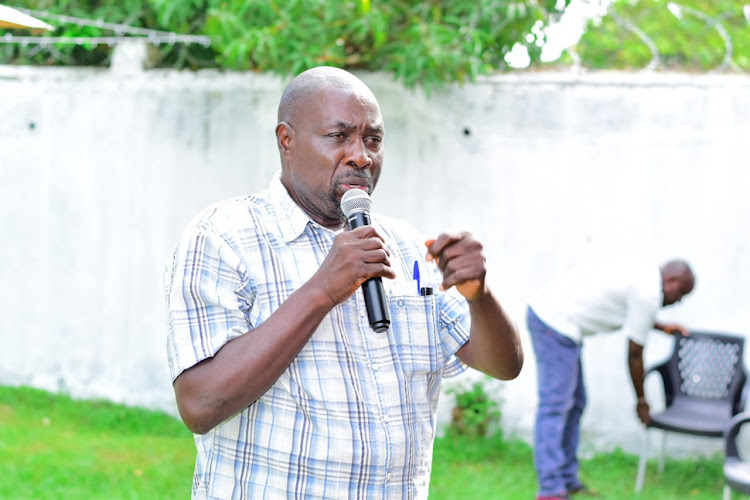 Two sisters are fighting for their lives at Aga Khan Hospital in Kisumu after they were attacked by criminals with crude weapons.

Effie Omer and Resly are admitted at the hospital’s intensive care unit and general ward respectively.

They were attacked by an unknown number of thugs at their home in the Elgon area next to Tido Primary School, Kisumu East subcounty, on Monday at 3pm.

The attack comes barely a week after county commissioner Josephine Ouko held a baraza in Nyamasaria over the increased insecurity in Kisumu East subcounty.

He said attackers visited the homestead and pretended that they wanted to buy some items before they attacked the girls.

"The matter has been reported today (Tuesday) and we have launched investigations. We want to urge the public to be extra cautious with suspicious people," Kimanthi said.

Civil society organisations in Kisumu have continued to demand for quick action to end rising insecurity, including killings and maiming of residents.

Kisumu City Residence Voice Association chairman Audi Ogada termed the increase of crime in the county, especially Kisumu East as a matter of growing concern to them and public at large.

“The attack of the two girls was traumatising and to a large measure, calls for urgent intervention of the government who has the responsibility to protect the citizens,” he said.

Ogada said they will be compelled to mobilise residents and all stakeholders for a peaceful mass demonstration over the insecurity.

“We will demand the removal of those mandated to ensure that citizens’ rights, freedoms, peace, stability, prosperity, lives and their property are protected in accordance with the Kenya Constitution 2010,” he said.

Ogada blamed the increased crime in Kisumu East to incompetent and laxity of police officers.

“Some of the officers have overstayed in their work stations, while some are full of themselves and incompetent,” he said.

Ogada demanded immediate overhaul of Directorate of Criminal Investigation officers in Kisumu East subcounty whom he claimed were doing little to combat crime.

“There is a DCI officer who has been bragging and even insulting citizens who visit the office to demand for action over insecurity,” he said.

The officer, he said, particularly prefers to only work with those of his tribe which jeopardise war on crime in the area.

Akach said police have done little to address the situation. He said residents have been killed and others still nursing injuries and wounds from attacks in the past month, especially in Kisumu East constituency.

He said the attackers operating on the motorcycle target the head with a near-fatal blow that leaves victims unconscious. Then they are robbed of money, mobile phones and other valuables.

"The gangs, armed with several types of edged weapons and pangas, have repeatedly caused havoc among the residents, others have been killed, others left with long-term pains," Akach said.

He said security officers have failed to intensify patrols, especially in Kisumu East and Kisumu Central, where most cases have been reported.

"Victims of these attacks and, in particular, the most disadvantaged groups of the population in the country, are plagued by serious and multiple difficulties coupled with the high cost of living,” he said. He, therefore, called for swift action in Kisumu East.

Khalid said they will stand together with Kenyans to say no to insecurity witnessed across the country. He said while in Kisumu, they visited survivors of various attacks, those still in hospitals and even morgues to see the situation on the ground for themselves.

"For the last month, eight people have been killed by marauding criminal gangs without being challenged by the security agencies," he said.

“This is why we are calling on the security agencies to take action and responsibility. Kenyans are paying taxes and one of their demands is security."

Khalid said they will stand united with civil society organisations in Kisumu to ensure that action is taken.

I'm deeply disturbed by insecurity; It is government's responsibility to protect citizens.
Counties
3 weeks ago

Five guns recovered in Kisumu within one month

Say several people have been attacked with some killed, bodies dumped in various areas.
Counties
1 month ago
Post a comment
WATCH: The latest videos from the Star
by MAURICE ALAL Correspondent, Nyanza Region
Nyanza
17 January 2023 - 21:00
Read The E-Paper