Since December 1, the Kehancha Law Courts have been prosecuting cases involving 38 suspects. 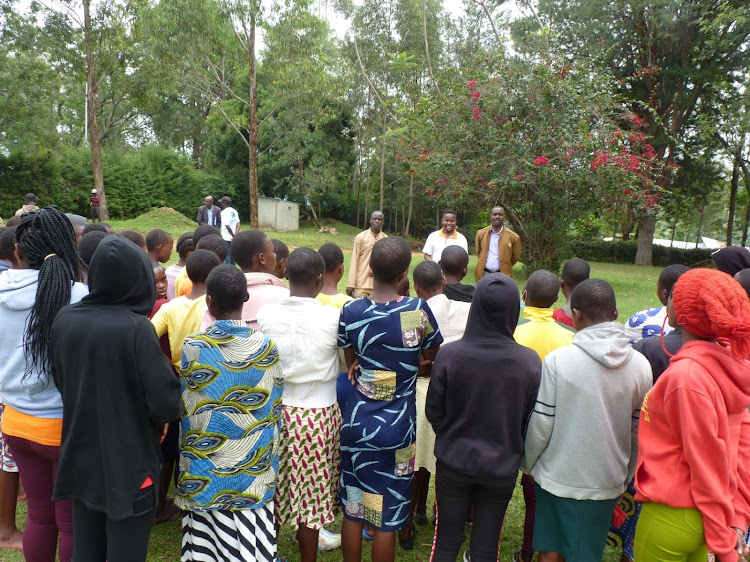 With less than ten days to re-opening of schools, gender stakeholders have moved back to re-integrate about 600 girls from the Kuria community who escaped female genital mutilation.

From December all four Kuria clans of Nyabasi, Bwirege, Bukira and Bugumbe, both in Kenya and Tanzania, undertook female genital mutilation which saw the girls escape to six rescue centres to avert the cut.

James Omondi the Kuria West sub-county children officer said already they have contacted the parents of the girls and the community to see that the girls are moved back to their families to be able to go to school.

“So far circumcision process is dying down after almost six weeks of school holidays and there is fear of underground exercise going on, we are checking on this before they are integrated back,” Omondi said.

He said already 14 Tanzanian girls who were in rescue centres after crossing over to the country to escape the cut were taken to the immigration department and re-integrated back with help of security, government and gender activists across the border.

Since December 1, the Kehancha Law Courts have been prosecuting cases involving 38 suspects, mostly parents and relatives of affected girls, charged with failing to report and aiding FGM.

Omondi said they have so far prosecuted ten suspects who have been sentenced while 28 cases are still active. 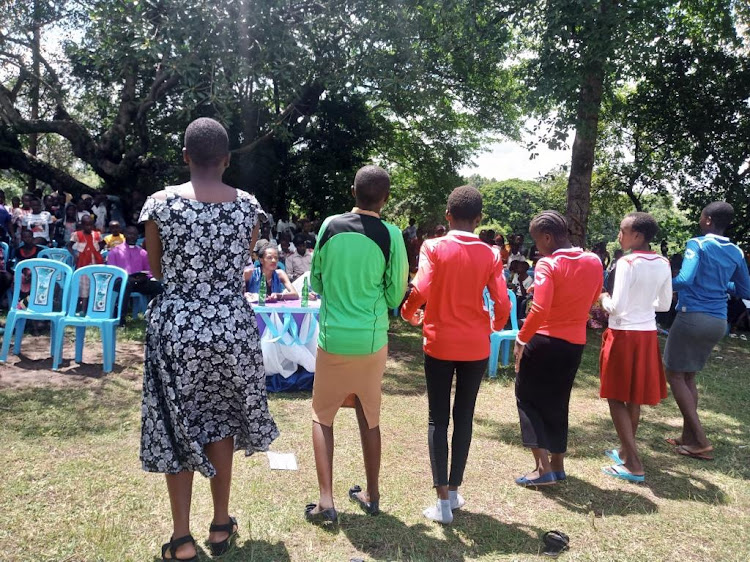 FGM FIGHT Some of the girls at Safe Engage Rescue Center dance on Friday during a re-integration exercise ahead of schools re-opening
Image: MANUEL ODENY

“Girls in rescue centres who still active cases will remain under protection but continue with their education cycles as they will be key witnesses in ongoing cases,” Omondi said.

Kuria West police boss Cleti Kimaiyo said they will still be on alert and trail rescued girls as they go back to their families and will still work hard on continuing arrests.

“While we only arrested parents and guardians we are still on hot pursuit of circumcisers who have been moving across the border and we will bring them to justice,” Kimaiyo said.

The two were speaking on Friday in Kehancha Town when 264 girls from Tarang’anya Girls, Safe Engage Foundation, Gosenso and Ravine rescue centres met with their parents in a first attempt at re-integration.

The meeting involved showcasing talents and a skill learnt while at the centres which included art, modelling, photography, journalism skills and first aid among others and was organized by WHOlives, a non-government organization.

James Mukundi an officer with WHOLives said before being re-integrated back into their families, parents and guardians will have to sign a commitment form that they will not expose their children back to the vice.

Mukundi said they have distributed food items to rescue centres in the area and ensured gender desks in four local police stations of Isebania, Kegonga, Kehancha and Ntimaru towns were safe for girls fleeing FGM or those who were to appear as witnesses.

“We ensured the police stations had beddings, toiletries and warm clothes to offer first refugees to girls fleeing FGM before they are taken to rescue centres,” he said.

Gender activists in Migori county have called for the building of a rescue centre among the minority Kuria community as over 600 girls have escaped female genital mutilation during the festive season.

Vincent Mwita, an officer with Tunaweza Empowerment group said police should still “increase patrols and continue to get intelligence from elders, boda boda operators and activists especially along the Kenya Tanzania border at Mutiniti region in Ntimaru and Kebeyo area in Gokeharaka”.

Benter Odhiambo, the coordinator for Micontrap-Kenya said a standard rescue centre should have a police post, a hospital, a counselling centre and schools which is still lacking both in Kenya and Tanzania.

Activists have called on the police and judicial system to fast-track prosecution and judgement for cases of those that have been arrested on accounts of FGM to serve as an example to those planning to conduct the act now and in the future.

Post a comment
WATCH: The latest videos from the Star
by MANUEL ODENY
Nyanza
13 January 2023 - 21:35
Read The E-Paper