Kwamboka, a data clerk within Rodi Kopany is said to have died due to excessive bleeding. 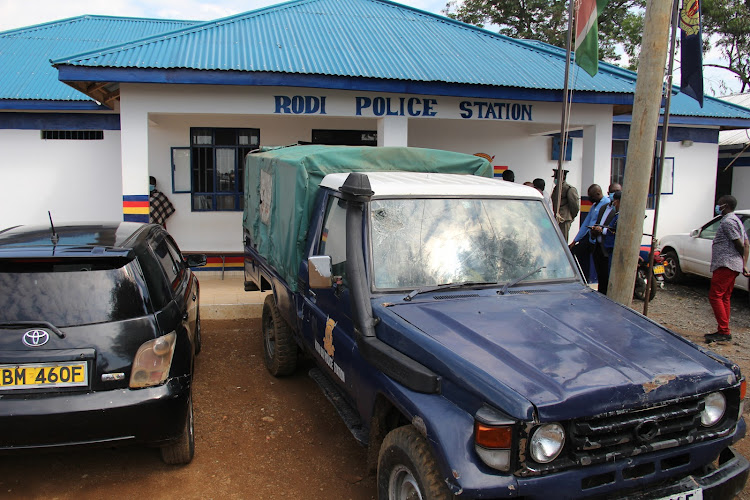 Police in Homa Bay are looking for a man who escaped after being linked to killing a 28-year-old woman over an alleged love triangle.

Kwamboka, a data clerk within Rodi Kopany is said to have died due to excessive bleeding.

Police who visited the scene found the door to her house locked from outside.

Preliminary investigations revealed that Kwamboka was in her house with her alleged ex-boyfriend on Saturday when they confronted each other.

No one knew what happened thereafter until Sunday afternoon when concerned neighbours went to check on her after her house was still closed.

“As neighbours we got concerned and opened the door. We found Kwamboka lying in a pool of blood dead,” a neighbour said.

Homa Bay DCI commander Abed Kavoo said the duo had separated but the man visited the woman before she was found dead.

The man was seen in the house at 10 am, Saturday.

It is reported that the woman and man were involved in some arguments. The man had accused the woman of having an extra marital affair.

“They went silent until Sunday afternoon and when we opened the door we found the woman's body. We wondered why Kwamboka who usually wakes up early was late this time round,” another neighbour added.

Kavoo said his officers went to the scene and confirmed the death.

A kitchen knife suspected to have been used to murder the woman was also found at the scene. It was processed and kept as an exhibit.

“We’re looking for the suspect who ran away after the incident,” Kavoo said.

The body was moved to Homa Bay Teaching and Referral Hospital mortuary for postmortem.

Onyango was hit with a stone after a man accused him of a love affair with his fiancée.
Counties
3 months ago

How KDF soldier was stabbed to death in love triangle

The two hid the blood-soaked clothes in a bathroom.
News
11 months ago
Post a comment
WATCH: The latest videos from the Star
by ROBERT OMOLLO
Nyanza
05 December 2022 - 11:01
Read The E-Paper