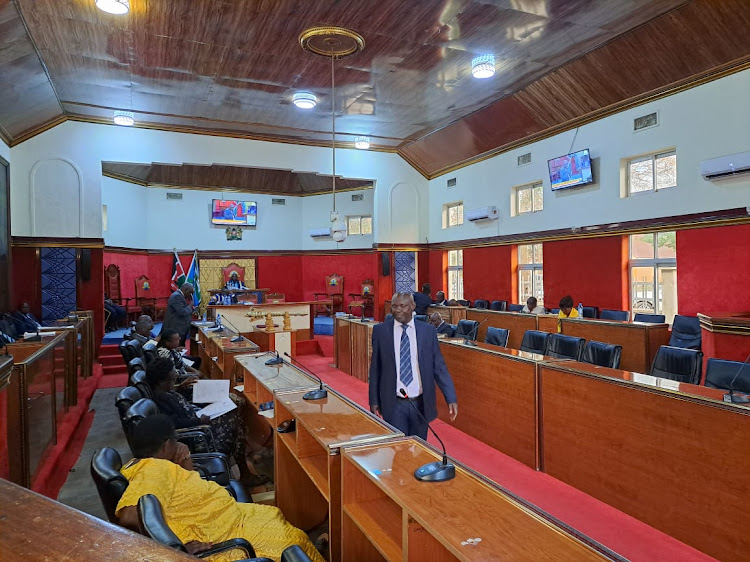 Members of county assembly unanimously passed the report by the Appointment commitee that vetted the nominees on November 21-22, 2022.

The report was presented to the house by the majority leader Ken Ooko during the Thursday afternoon session presided over by the assembly speaker Elisha Oraro.

The commitee in its report observed that all the nominees picked by Governor Nyong’o qualified the for positions they were nominated to.

The CEC scored marks from 85 marks from the highest to the least scored 57 marks.

"I want to ask this house to approve the list of CECs," he said.

Kanga noted that when the govenor was constituting his second cabinet, he considered people from different proffesional backgrounds and also adhered to the gender rule.

The vetting will be done at the county assembly chambers.
News
2 months ago

Governor Nyong'o to officially open the assembly on Tuesday

The governor will have an opportunity to present his manifesto.
News
2 months ago
Post a comment
WATCH: The latest videos from the Star
by FAITH MATETE
Nyanza
01 December 2022 - 18:46
Read The E-Paper