A total of 400 units will be constructed under the project.

• The National Housing Corporation (NHC) signed an agreement with Homa Bay government to pave way for construction of the houses three weeks ago.

• It houses include 40 two-bedroom houses, 40 one-bedroom units and 30 studio apartments. 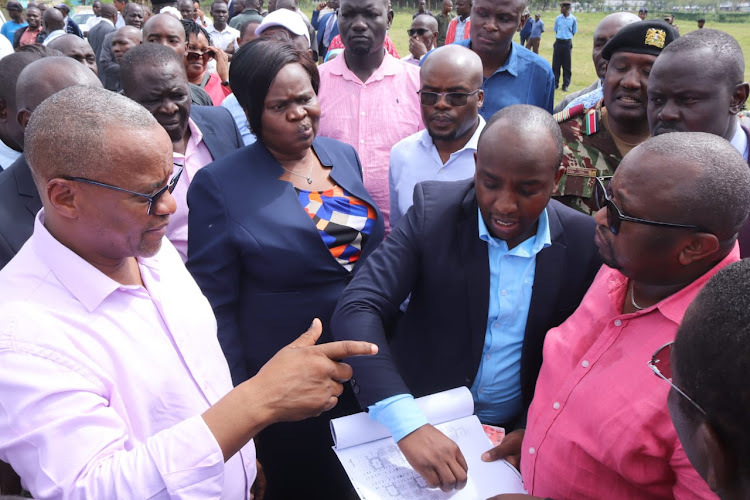 The government has given a contractor a site for the construction of 400 affordable housing units in Homa Bay town.

President William Ruto is expected to lead the ground breaking ceremony following the allocation of the land.

Cabinet Secretary for Lands and Housing Zachariah Njeru handed over the site to the contractor.

“Construction of the project starts immediately to give residents an opportunity to live in conducive and affordable houses,” Njeru said.

The National Housing Corporation (NHC) signed an agreement with Homa Bay government to pave way for construction of the houses three weeks ago.

Njeru said the houses will be put up in phases with the first phase having 110 units and will take 12 months to complete.

It houses include 40 two-bedroom houses, 40 one-bedroom units and 30 studio apartments.

Speaking at the site on Thursday, Njeru said the contractor Ernie Campbell Company Limited will also put up a level three health facility near the site to help residents.

“The health facility will help residents in accessing medical services with ease,” he said.

Governor Gladys Wanga who was present during the handover of the land said the health facility will boost health service provision to people who will live around.

Homa Bay is currently served by a teaching and referral hospital.

"We’re already having sewerage system which will help us in improving sanitation. The county is preparing to have adequate water for supply,” Wanga said.

Other proposals at the site include putting up buildings for shops. A primary school is already nearby.

The governor said the construction will offer job opportunities to youths in Homa Bay as she called on the contractor to use locally available materials and labour.

She said they welcome the President's move to get Homa Bay county affordable houses.

Construction of affordable houses is one of the key projects Ruto pledged to undertake when he visited Homa Bay on October 2.

The government will also construct pavements along the road (non-motorized transport) from Junction Kodoyo to Makongeni and Homapier.

At the pier, a modern fish market funded by the State Department of Housing will be built. 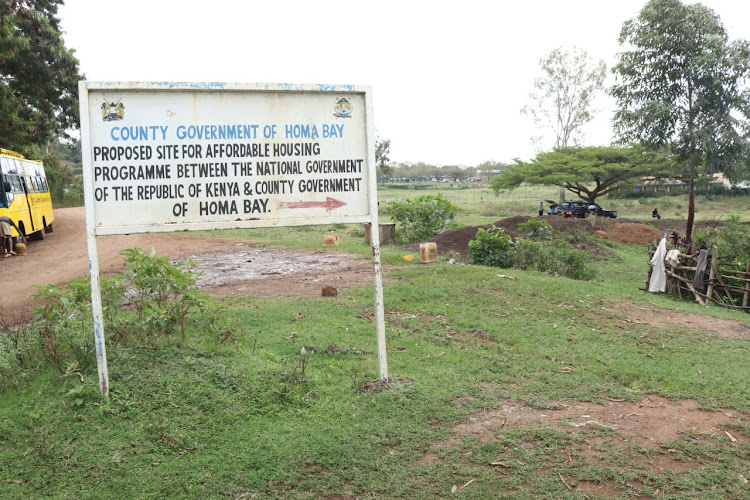 A sign post showing the site where affordable houses will be built in Homa Bay town on November 24,2022
Image: ROBERT OMOLLO

Ruto in aggressive push to appeal to rival regions

President has been traversing Opposition strongholds for prayer rallies.
News
1 month ago
Post a comment
WATCH: The latest videos from the Star
by ROBERT OMOLLO
Nyanza
24 November 2022 - 21:36
Read The E-Paper