• The fromer MP said the move has are gravely impacted small businesses. 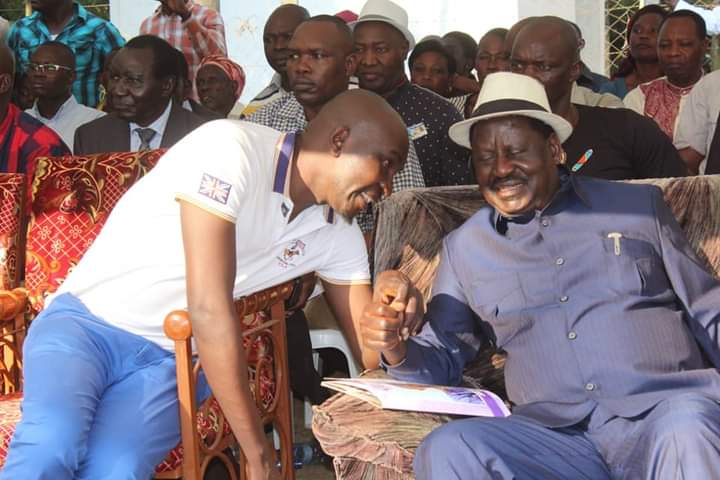 Ouda spoke as acting city manager Abala Wanga led a crackdown on car wash points and bars over the weekend and confiscating a number of equipment.

The former MP said the move has are gravely impacted small businesses.

“I will stand with my people on this, I am a former legislator and I'm bound to speak against ills being inflicted on my people,” he said.

Ouda says should the crackdown continue without giving dialogue a chance then he will lead a peaceful march to the office of Governor Anyang Nyong’o.

Speaking to the media on Monday in Kisumu, Ouda says what the business owners have undergone in the hands of the city management must be stopped.

The former MP noted that the county must offer relocation points to the car wash owners to ensure nobody is pushed out of business.

“It is from here that a number of jobless youths have found solace, they earn and fend for their families from here, confiscating their equipment is not a solution,” he said.

Ouda says the only solution is to bring the stakeholders together and chart a way forward for a win-win solution.

Abala, however, said he will not relent in making Kisumu regain its lost glory.

“The next stop will be hawkers, then tuk-tuk riders, we must make this city clean,” he said.

Abala's actions have received criticisms from residents who argued that the current economy is already bad for demolition of business structures.

Ronald Omondi, a resident, argued that the rate of crime will shoot up with the ban on car wash in the city owing to the number of youths employed in the business.

“There is no beauty of a neat city with no cash flow be ready for muggings and machete men all over,” he said.

He called for dialogue to find alternative spaces for those whose structures have been demolished.

Nyong’o says they will not allow people to violate policies adopted to ensure order in the city.
Counties
1 week ago