Audit will expose individuals who have been earning money without working. 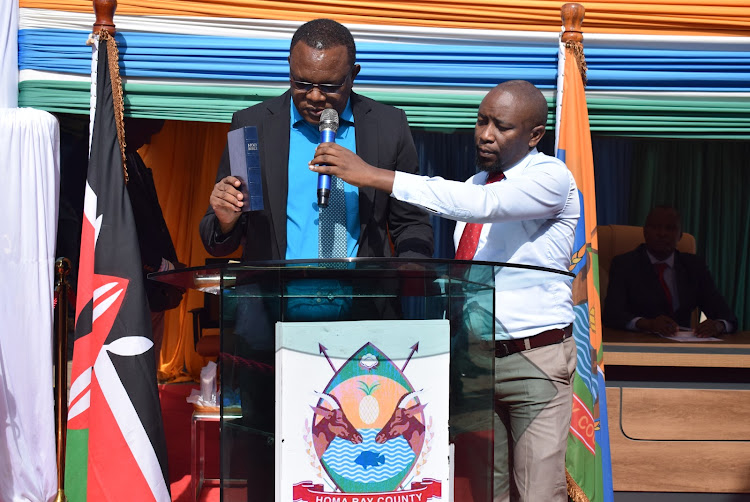 The Homa Bay county government has started a staff audit to eliminate ghost workers after hiring Price Waterhouse Coopers to do the work.

The audit is expected to expose individuals who have been earning money from the county coffers without working.

Officials from the Price Waterhouse Coopers have already arrived in the county.

They were supposed to start working after the swearing-in of county secretary Bernard Muok.

Governor Gladys Wanga held a meeting with the audit firm officials together with others from the Salaries and Remuneration Commission.

They discussed how they would clean up the county government payroll and personnel census audit can be conducted.

Wanga said up to 75 per cent of the county's budget is spent on paying salaries and on recurrent expenditures.

She said Homa Bay cannot progress if only 25 per cent of the budget is left to undertake development.

“Homa Bay spends much of its Sh7.8 billion budget on wages and recurrent expenditure. To improve service delivery we must streamline all our systems,” Wanga said.

All staff members have been asked to participate.

Wanga directed the new county secretary to guide the auditors from one department to another as they undertake the exercise.

The auditors will take biometric records, personal identification numbers and appointment letters among others from the employees.

Wanga said the exercise is meant to ensure the work system is streamlined.

“Let’s avail ourselves and the necessary documents to the audit team because they will be here for a month. Employees whose data will not be captured will be assumed as not part of us,” Wanga said.

Muok took over from former county secretary Isaiah Ogwe who resigned in February to vie for the governor seat.

Wanga asked Muok to ensure the auditors conduct the exercise.

“Your work is cut out. Work in tandem with the auditors to ensure Homa Bay has merited human resource,” she said.

Magwanga said they are committed to service delivery as they pledged during campaigns and asked Muok to help them deliver.

“Homa Bay people want to see development and part of development is human resource. Ensure we have competent people who can transform the county,” Magwanga said.

Before taking up his new role, Muok was a science researcher at Jaramogi Oginga Odinga University of Science and Technology.

Muok said he will strive to help the county improve in development.

“I take this work as a call and I will do my best,” he said. 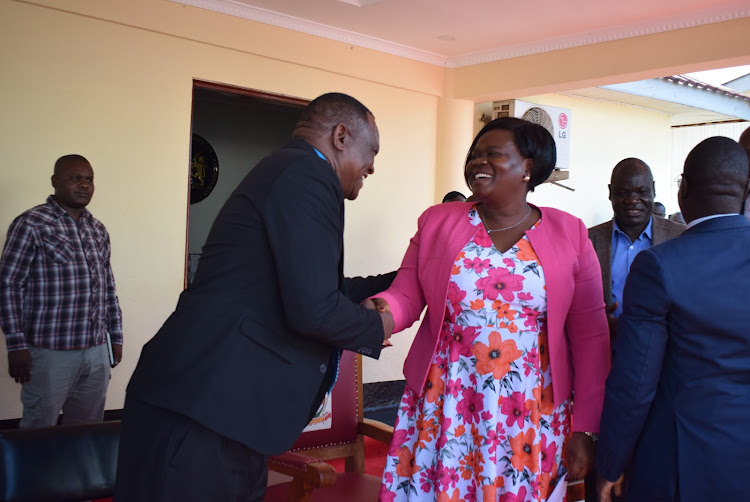 Homa Bay Governor Gladys Wanga with Prof Bernard Muok after being sworn in as the county secretary on November 21.
Image: ROBERT OMOLLO

All payments will be made through Paybill number 0434343 or code number *603#.
Counties
2 months ago