Teen pregnancies in the county stand at 34 per cent while HIV prevalence is 19 per cent. 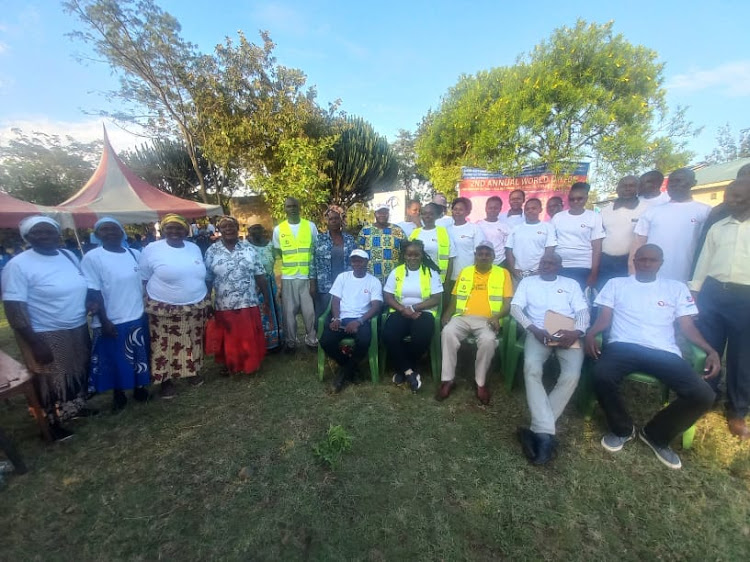 Some NGOs have agreed to collaborate in eradicating cases of teenage pregnancies and other child right violation in Homa Bay.

The Lake Victoria Basin Talent Development& Adolescent Health (Lvdah)  and International Centre for Missing& Exploited Children (Icmec) are putting their efforts together to fight the vices among underage children in the county.

They are working in tandem with Homa Bay government to ensure they succeed in suppressing the vices from the adolescent persons.

Homa Bay is among the counties with high prevalence of teenage pregnancies in Kenya. The statistics also linked to the high rate of HIV infections among the minors.

They said that the numbers have continued mainly high in Homa Bay, something that needs a collaborative and urgent intervention.

Speaking at Wiga village in Homa Bay Town constituency during a stakeholder’s meeting on child right protection, Nyambure said they are involving security officers to address the situation.

“Teen pregnancies and child right violation should not be allowed to get out of hands. Homa Bay statistics is continually worrying and we must combine efforts to address them,” Nyambure said.

By law, the national government administration officers are required to strengthen the war on child sexual molestation by reporting and taking legal action to perpetrators.

Some sex pests believe that they can get healed from HIV when they have sex with minors.

Most violations occur in villages as sex pests take advantage of high poverty index and remoteness of the areas. Homa Bay is listed as one of the remote counties.

Teenage pregnancies stand at 34 per cent while HIV prevalence is 19 per cent.

Morgan asked parents to constantly monitor the activities their children are engaging in, including on social media platforms.

Child neglect among various families also is said to contribute to the violation of the minors, according the lobbyists.

During the meeting, children were urged to report people who violate their rights to aid the fight against teenage pregnancies and HIV infections among the adolescents.

“Modalities are put in place to address the vices among children but we also ask parents to be responsible people in the society,” Morgan said.

He wants cases of teenage pregnancies and other violation of children rights to be taken to court.

This will help in eradicating sex pests who prey on minors and destroy their future.

“We must first eliminate issues of kangaroo courts in order to succeed. Parents who engage in such monetary negotiations after a child rights has been violated will also face full force of the law,” Kutere said.

The officer said that communities which allow child molestation to thrive stand to lose future generations, adding that his department is working closely with police officers and other state agencies to ensure perpetrators are arrested and prosecuted.

This brings to five, the total number of girls secondary in Ganze
Counties
4 months ago

The county ranks second at 33 per cent in teen pregnancy after Narok.
Counties
11 months ago

Decries high incidents of defilement and unplanned pregnancies in the county.
Counties
1 year ago
Post a comment
WATCH: The latest videos from the Star
by ROBERT OMOLLO
Nyanza
20 November 2022 - 22:00
Read The E-Paper