Police said they are pursuing the suspects including a serial killer

• Three suspected thugs, all girls aged below 17 are being held at the station as police have launched investigations for four more suspects.

• At least six people have been killed over robberies in a month, with the latest being Reuben Onyango, 36, who was hacked to death on Wednesday in his home. 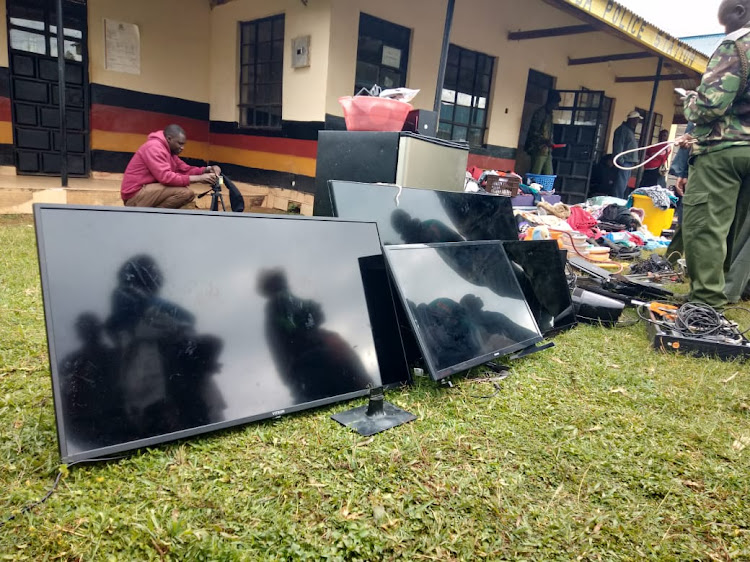 A manhunt for the suspects, including a serial killer, is on.

On Friday morning, Migori town residents thronged Oruba police post to check on the stolen items after a house was raided in Pand Pieri slums on Thursday night.

Police acting on a tip off from members of the public raided about three rental houses, which were stuffed with stolen items, after a major wave of insecurity.

“I woke up on Monday and realised my house and business premises were swept clean by burglars. I am lucky I only found a tile cutter today, the rest are still lost,” Josphat Odero, a resident said.

Alice Nyaoke said she found a fridge she lost last month in a break-in.

“I heard the items were placed in three police pickups when they were being transported,” the business lady said. 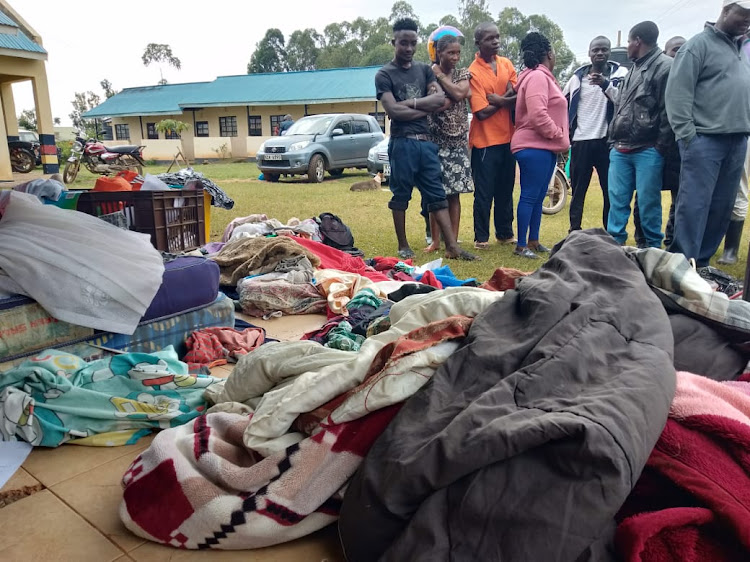 STOLEN GOODS: Members of the public look through some of the item recovered from suspected thieves in Migori town.
Image: MANUEL ODENY

Three suspected thugs, all girls aged below 17 are being held at the station as police have launched investigations for four more suspects.

Suna West police boss Elizabeth Wakuloba who spoke to the press in Migori town on Friday morning said the raid has opened a major lead into their investigations on suspected gangs behind rising insecurity.

“This is a major break through and we have zeroed down our manhunt for four key ring leaders who managed to escape the police dragnet. We are still looking for more suspects,” she said.

Wakuloba said police have embarked on more patrols and gathering of information and intelligence, which will contain cases of insecurity.

At least six people have been killed over robberies in a month, with the latest being Reuben Onyango, 36, who was hacked to death on Wednesday in his home in Uriri town.

Onyango’s wife said she woke up to find her husband hacked to death and the robbers had escaped.

Two watchmen at Maranatha Faith Assemblies in Migori town and three people in Awendo town, including a worker at Sony Sugar Company were also found dead.

“Awendo town, Migori town along Oruba, Total and Namba estates have been a major hotspot. We are keen on ending the insecurity,” Migori county commander Mark Wanjala said.

Wanjala said in Awendo they had zeroed down on a serial killer locally known as Owawa and a possibility of a cult.

He said the murders have been bizarre with the killings appearing to be ritualistic.

“In Awendo all three recent deaths were with pangas. The heads were severed off after cult markings, the eyes were also gouged out and tongues cut,” Wanjala said.

Earlier, Awendo MP Walter Owino said they are pushing for intelligence gathering from the public, to curb the insecurity threats.

He spoke during a function at Dede market last Wednesday.

BREAK-INS: Members of the public look through some of the items recovered from suspected thieves in Migori town.
Image: MANUEL ODENY

Should GSU be deployed to deal with insecurity in Nairobi?

Poll of the day
1 week ago

Ruto said he will ensure Kenya is set free from criminals, bandits and terrorists.
News
1 week ago

Beware of gangs on the prowl in Kakamega's Jua Kali estate

In one back street base thugs openly smoke bang and attack anyone passing by
Counties
1 week ago
Post a comment
WATCH: The latest videos from the Star
by MANUEL ODENY
Nyanza
18 November 2022 - 12:40
Read The E-Paper