• Florence Adhiambo was killed through strangulation after allegedly being raped at her house in East Kochia location.

• The Tuesday night incident occurred when unknown men gained entry into Adhiambo’s house as she was sleeping. Her body was found on Wednesday morning. 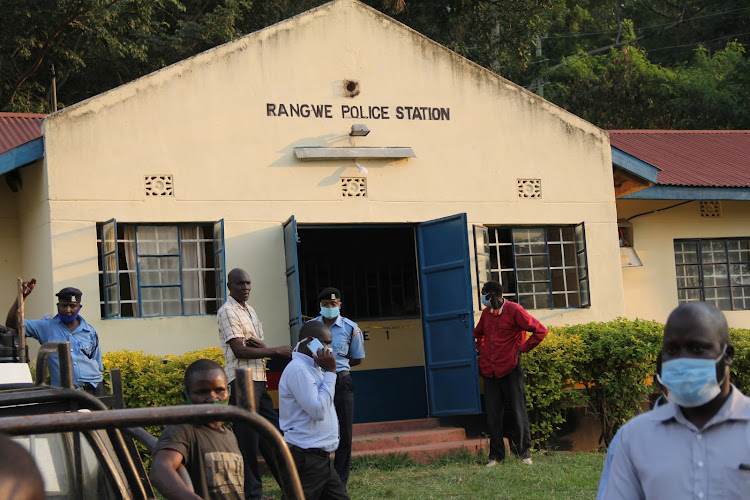 Police in Rangwe have launched a manhunt for criminals who raped and murdered a 60-year-old woman at Nyangweso village in Rangwe constituency.

Florence Adhiambo was killed through strangulation after allegedly being raped at her house in East Kochia location.

The Tuesday night incident occurred when unknown men gained entry into Adhiambo’s house as she was sleeping. Her body was found on Wednesday morning.

Koywa sublocation assistant chief Kenneth Odero said concerned neighbours went to check on the woman because it was getting late and she was yet to wake up.

The woman had not been seen in her compound until midmorning when some neighbours went to inquire.

They later discovered that the woman had died. Her body was found lying next to the door. There were some two used condoms inside the house.

It is suspected that Adhiambo was attacked, rapped and strangled.

Odero said preliminary investigations revealed that Adhiambo was first raped before she was murdered.

“The suspects disappeared after committing the offence. There were signs of strangulations on the neck,” Odero said.

Homa Bay police commander Samson Ole Kiine said they have taken up the matter and are looking for the suspects.

He said they are treating the matter as murder and asking residents with the whereabouts of the suspects to report.

“They ran away after doing the heinous act. We’re pursuing the suspects who are hitherto at large,” Ole Kiine said.

The body was moved to Homa Bay Teaching and Referral Hospital for postmortem.

Police are pursuing two more suspects in connection with the murder.
News
2 weeks ago

Kimutai was captured in a viral video advising citizens to lynch murder suspects.
News
2 weeks ago

Kasarani developer should be charged with murder — Sakaja

Says the developer never got a permit from city hall for the construction.
News
2 weeks ago

She has been in custody for two years, to know fate in three weeks
News - Page 3
2 weeks ago
Post a comment
WATCH: The latest videos from the Star
by ROBERT OMOLLO
Nyanza
17 November 2022 - 12:09
Read The E-Paper