• On the cruel factory farms themselves, more energy is needed for heating, lighting and ventilation. 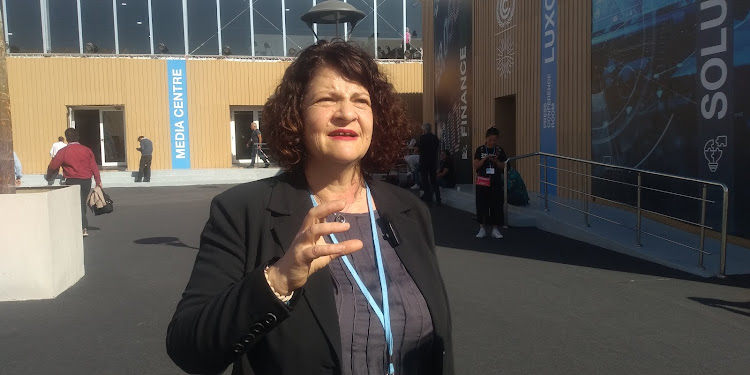 An animal rights group has urged governments to reduce animal production by 50 per cent by 2040.

It instead wants states to promote and support humane and sustainable, plant-based food production and diets.

Star reporter Agatha Ngotho talked to Kelly Dent, the World Animal Protection’s director of external engagement during the 27th Conference of Parties (COP27) on how factory farming has impacted on climate change, and what Africa that contributes least to greenhouse gas emissions can do to address the situation.

What is the relationship between factory farming and climate change?

Fossil-fuel intensive pesticides and fertilisers are poured onto these crops, polluting waterways and damaging people’s health. On the cruel factory farms themselves, more energy is needed for heating, lighting and ventilation.

WAP research finds that methane from manure comprises up to one-quarter of overall emissions from pig production.

How many factory farms are contributing to climate change, and where are they?

Factory farms not only inflict inhumane suffering on billions of animals - their intensive, cruel methods lead to the destruction of wild habitats and release climate changing emissions into the atmosphere, worsening heat waves, wildfires, floods and droughts, and undermining food nutrition and security.

The four biggest factory farming parts of the world are China, Brazil, US and Europe. WAP research finds that the climate impacts of factory farmed chicken alone in these regions is the equivalent of driving almost 29 million cars a year.

Africa has few factory farms, if any at all, on the same scale as in developed countries, yet you say it is most impacted by those in developing countries and regions. In what way and what should Africa do to address this?

Africa contributes the least of any region to climate change at three per cent of global human-made emissions. However, it is most susceptible to climate change-related weather variability, impacting food and nutrition security, livelihoods and sustainable development outcomes.

Small or medium scale livestock producers are especially vulnerable, and more than 60 per cent of animal products in Africa come from such systems (AU-IBAR).

Factory farming actively undermines food security as land is diverted to grow crops to feed farmed animals, rather than humans. With pig and poultry production expected to double in Africa by 2050, the Global North should not export climate-unfriendly factory farming systems. Instead, they should support traditional African livestock systems.

There's is a lot of money to fund farming including from the International Finance Corporation (IFC). How is World Animal Protection addressing this fund overflow?

Over the past 10 years, IFC has sunk more than 1.8 billion dollars into major industrial livestock companies around the world.

We want the IFC financial institutions to acknowledge the negative impacts on animals, people and our planet generated by factory farming. We are calling on them to introduce sustainability criteria into lending that will reduce investment in factory farming and redirect investment into humane and sustainable proteins.

What are the key successes that World Animal Protection has had in the past in relation to factory farming, climate change and animal welfare?

We have had more than 25 African-based organisations sign on in support of a statement calling on the Global North not to export climate-unfriendly factory farming to Africa.

And for African governments not to support its entrenchment but rather for support to flow to traditional resilient African livestock systems.

Our Climate Change and Cruelty report has pinpointed the climate change contributions in the world’s biggest factory farming hot spots.

What we have been calling here is for a commitment to stop the building of new industrial factory farms, to implement higher welfare for animals in the those that do exist, and for the world – especially the Brazil, the EU, the US and China to eat less meat and dairy. If they agree to this – and we are realistic that this is difficult – then this would be a significant win.

But at the very least, we want a commitment by world leaders here at COP27 to acknowledge and start addressing the carbon footprint of factory farming and its impact on the nations of Africa - those communities who are not part of the industrial agriculture practiced in Brazil, the US, Europe and China.

We will continue to speak out on the silent climate culprit-factory farming-and we will be lobbying unswervingly for a tightening of regulations on deforestation in imported products including animal feed and meat/dairy. We will also demand a strengthening of animal welfare and environmental regulations on big industrial factory farming giants.

We are also encouraging plant-based diet diversification – such as through redirection of policy and subsidy support, away from factory farming to humane and sustainable food systems to ensure a “Just Transition” for impacted workers and communities.

But it must be said-if delegates really do wish to leave their legacy to the world here at COP27, then they could agree to take these, which could then feasibly be packaged as government commitments at future UNFCCC COPs.

Actions and not words are what will count, says the right group
News
2 weeks ago
Post a comment
WATCH: The latest videos from the Star
by AGATHA NGOTHO Science Writer
Nyanza
17 November 2022 - 22:00
Read The E-Paper