• The elders said a declaration that the creation of new counties was to be based in districts gazetted in 1992 was unfair. 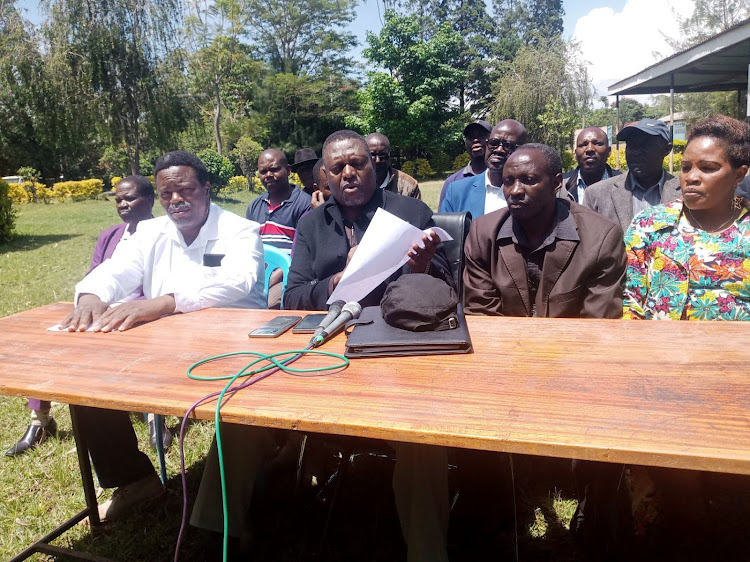 Elders and opinion shapers from Kuria community in Migori county have supported calls for the creation of five additional counties.

Speaking in Kehancha town on Tuesday, the group of 50 people said they support the bill by Kuria East MP Marwa Kitayama to amend the Constitution to increase the number of counties from 47 to 52.

In his Constitution of Kenya (Amendment) Bill, 2022, the MP proposes that the five new counties be hived off regions where minority communities are stifled by dominant ones.

Clause 5 of the Bill mandates the Independent Electoral and Boundaries Commission to delimit the additional counties from Migori; Busia; Bungoma and Trans Nzoia; Baringo and West Pokot; and Kitui within six months of the commencement of the Act.

“As a community, we are fully behind the push by Kitayama and we want other leaders across the country to embrace it to seek aspiration of smaller communities,” elder Matiko Bohoko said.

“We want MPs and Parliament to pass the bill and call on both President William Ruto and ODM leader Raila Odinga to push it through before a referendum.”

The elders said a declaration that the creation of new counties was to be based in districts gazetted in 1992 was unfair.

Maryanne Boke said claims that new counties will burden tax payers do not hold water as what is disbursed in current counties should be divided into population sizes for new counties.

“We are also humans in the country and as minority communities we also pray to have our counties and this is not about tribalism,” Boke said.

MP Kitayama: Why I want Kuria hived off Migori

Counties should be reduced to 10, addition not an option — Khalwale

Says attempts to create five more counties must be defeated.
News
2 weeks ago

Miruka wants IEBC to delimit the boundaries of Gucha from the existing Kisii.
News
2 weeks ago

Elders back creation of extra counties

“Our people have been marginalized since independence."
Counties
2 weeks ago
Post a comment
WATCH: The latest videos from the Star
by MANUEL ODENY
Nyanza
16 November 2022 - 22:00
Read The E-Paper