Webuye East legislator Wanyoyi says growing up, he was excluded from society. 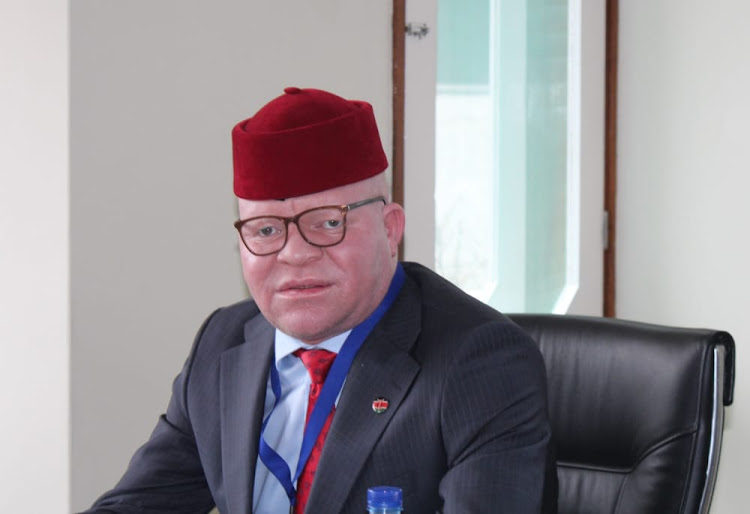 Born with albinism, it was not easy for Martin Wanyonyi to achieve his dreams. At some point, he almost gave up.

This was because of his rare skin condition that had not been seen before in Ndivisi, Bungoma county.

Wanyonyi, who is the current Webuye East MP, spoke to the Star during an interview.

“I faced many challenges by virtue of being different, having albinism which the society then did not understand,” Wanyonyi said.

Experts link albinism to mutations of certain genes that affect the amount of melanin your body produces.

Melanin controls the pigmentation (colour) of your skin, eyes and hair.

The Webuye East MP struggled with eyesight which prompted his parents to enrol him in a visual impairment institution.

“Parents, teachers and fellow classmates did not understand. They excluded me from many things in society and subjected me to a lot of discrimination,” he said.

He started his education at Lukusi Primary School, where he found it difficult to survive.

Wanyonyi was meant to use large print which was not available in the institution.

“I was unable to cope with the system because of eyesight and the school could not accommodate me, and teachers did not understand,” he said.

It's at this point that his parents decided to take him to a school that understood his needs.

He was enrolled at  Kibos Primary in Kisumu for primary and later Thika High School for the blind.

Wanyoyi might have had his struggles but this did not last long, diving  into the murky waters of politics.

He was nominated MCA in 2013 and then elected Ndivisi ward representative in 2017.

In university, he met former nominated senator Isaac Mwaura who has a similar condition like his.

“We started an organisation with Mwaura to push for inclusion of people with albinism in various spheres of society,” he said.

“I was given the responsibility of planning a programme on the political inclusion of people with disabilities,” he said.

Wanyonyi said their push for inclusion saw the government set aside Sh100million towards people living with albinism.

Sambu, 85, did not secure his seat following old age and illness.

He led the constituency since 2007 after beating Musikari Kombo.

Wanyonyi now brings a youthful leadership to the constituency after 15 years.

The most urgent concern for residents, Wanyonyi said, is the need to streamline the Constituency Development Fund office.

People with albinism push for recognition

Push to amend Persons with Disability Act, to include albinism as a disability, has stalled since 11th Parliament.
Counties
5 months ago

KEMSA flags off sunscreen agents for persons living with albinism

Provision of sunscreen agents is a public health requirement.
News
8 months ago

Why million PWDs are left out of state support programmes

Some 850,000 persons living with disabilities are yet to be registered.
News
2 months ago
Post a comment
WATCH: The latest videos from the Star
by LAURA SHATUMA
Nyanza
15 November 2022 - 22:00
Read The E-Paper