•ISK president Abraham Samoei pointed out that counties are lagging behind in enhancing their capacity towards reforms in the sector. 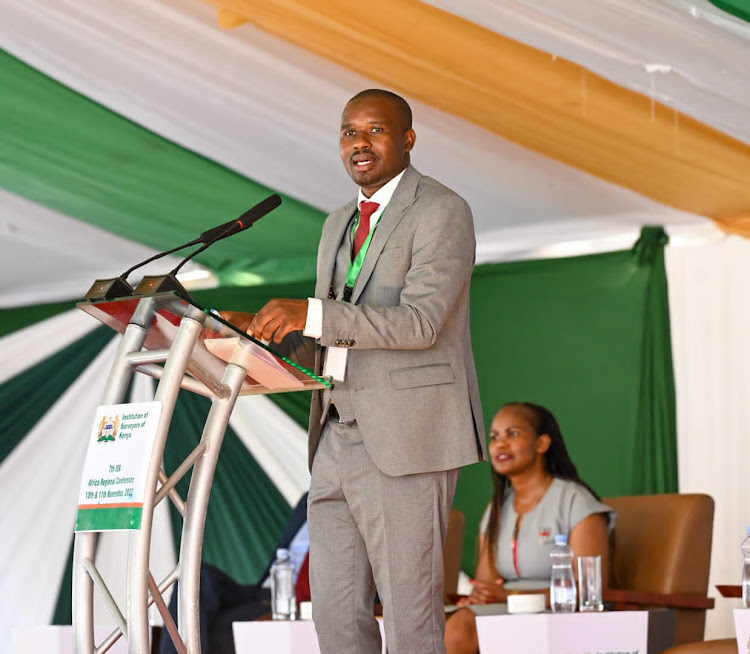 Surveyors have urged county governments to recruit them to expedite land governance and adjudication in the country.

The calls come after it emerged the land departments in the counties lacked adequate professionals hampering the ongoing land reforms.

The Institution of Surveyors of Kenya (ISK) president Abraham Samoei pointed out that counties are lagging behind in enhancing their capacity towards reforms in the sector.

The 2010 constitution placed county governments at the centre of land adjudication even though they continue to grapple with land management.

“Lack of recruiting services of professionals have become part of the challenges facing the land sector in the country,” he said.

The county governments would be able to tackle the increasing land disputes and low revenue collection if they engage land professionals.

Samoei said land was a key resource to the devolved units which can increase revenue generation through proper valuation to attract land development and rates collection.

“County governments have not fully exploited land taxation. If counties are involved land sector professionals, the devolved units would increase revenue collection from the sector through land rates,” he said.

He was speaking during the ISK Africa Regional Conference which brought professionals from Kenya, Uganda, Ghana, Zimbabwe, Nigeria and South Africa in Kisumu.

Samoei called on the counties to partner with ISK to professionalise the sector and address existing gaps.

“We are ready to work with the county governments to help build capacity and address the challenges facing the sector,” he said.

“The counties lack capacity but to engage these professionals is costly. County governments cannot afford to pay them,” he said.

Nyong’o said most of the counties have not operationalised new land valuation rolls which hinders the charging of new land rates.

“For instance in Kisumu, we developed a valuation roll which was passed by the county assembly but a case was filed in court stopping the implementation,” he said.

The court order slowed down the county’s push to meet revenue collection targets.

He added that it was unfortunate that the rates being charged were not commensurate to the value of some of the parcels of land in the area.

Nyong’o, who chairs the Council of Governors Urban Affairs, Land and Urban Planning Committee called for partnerships with ISK and other partners to address the challenges and streamline operations in the sector.

“Surveyors should be in the front in addressing challenges, especially when dealing with land and property ownership, which have been an emotive and sensitive affair,” he said.

The counties are still looking forward to greater success in land administration and management since the inception of devolution.

“One of the key areas that counties are struggling with is their own sources of revenue,” Nyong'o said.

The land has been identified as one of the leading sources of income for county governments through land development and levying of property rates.

More than 12 counties have carried out valuations for rating. However, Nyong’o said it was sad that none of them has been implemented.

Nyong’o disclosed that a retreat has been planned where all sector players including government officials will meet to chart the way forward in addressing the existing challenges.

Agency owns over 1.8 million acres of land in the country
Counties
2 months ago
Post a comment
WATCH: The latest videos from the Star
by MAURICE ALAL Correspondent, Nyanza Region
Nyanza
13 November 2022 - 22:00
Read The E-Paper