• Residents said the two had earlier in the week disagreed over a woman in a local bar where they were drinking alcohol. 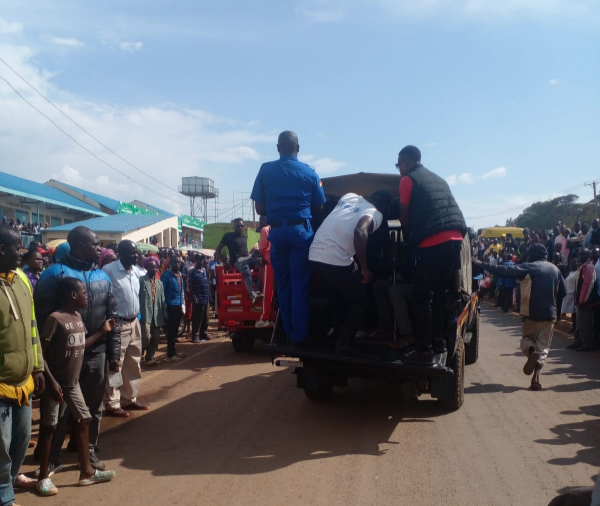 Police officers on their car after picking a suspect who stabbed to death his colleague in Oyugis town market in Kasupil
Image: ROBERT OMOLLO

A 28-year-old matatu tout was Friday evening stabbed to death after disagreeing with a colleague at Oyugis municipal market in Kasipul constituency.

Alvin Otieno was killed after being stabbed in the neck following a short quarrel at the market in Oyugis town.

The suspect who stabbed him is said to be doing wiring (electrician) in Oyugis town.

Residents said the two had earlier in the week disagreed over a woman in a local bar where they were drinking alcohol.

Inside the bar, it is reported that they nearly fought but some bar attendants intervened by calming them down.

“They left the bar as everyone went their way. We thought they had buried the hatchet because we separated them as they enjoyed their drinks together,” a resident said.

But on Friday evening, a quarrel erupted again after the suspect met Otieno as he was resting on the first floor of the newly constructed Oyugis market. 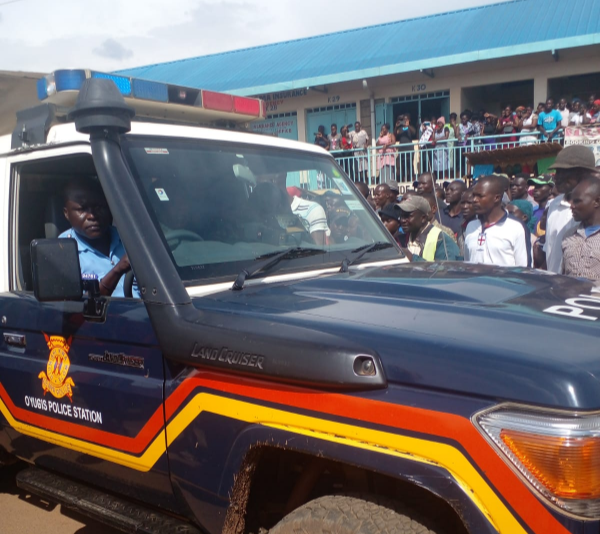 Police and some residents at the scene where a tout was stabbed to death in Oyugis town market in Kasupil
Image: ROBERT OMOLLO

The suspect was reported trailing him in disguise before getting him at the market.

A resident said the suspect suddenly attacked Otieno and stabbed him using a knife.

“Otieno bled profusely and died as he was being rushed to Rachuonyo South Sub-county hospital for treatment,” the resident said.

After Otieno was pronounced dead, an angry mob who are residents descended on the assailant with kicks and blows.

Oyugis town Location Chief Nelson Muma was alerted before he rushed to the scene and rescued the suspect. The mob dispersed after the arrival of police officers from Oyugis station.

“We had to call the police to he me rescue the suspect. The suspect was seriously injured due to assaults by the mob,” Muma said.

Speaking over the matter, Rachuonyo South Sub-county Police Commander Lilies Wachira said they took the suspect to the same hospital for medication.

She said they will question the suspect to establish what transpired between them after he is discharged from the hospital.

“The assailant is currently under medication at the hospital. We’ll interrogate him to know what happened,” Wachira said.

Police officer dies by suicide at camp in Gilgil

Police said Wambua locked himself in his room and shot himself in the chest.
News
2 months ago

Neighbour Lucas Wembi told police they noticed something was wrong when the woman failed to open her door.
Counties
2 months ago
Post a comment
WATCH: The latest videos from the Star
by ROBERT OMOLLO
Nyanza
30 September 2022 - 20:36
Read The E-Paper