•Nyong'o noted that poor sanitation in Kenya as a whole has major health, economic and social impacts, especially on women and children.

•He said in a recent report by the World bank Sanitation program,  poor sanitation costs Kenya Sh 27 billion each year. It shows that  21 million Kenyans use unsanitary or shared latrines. 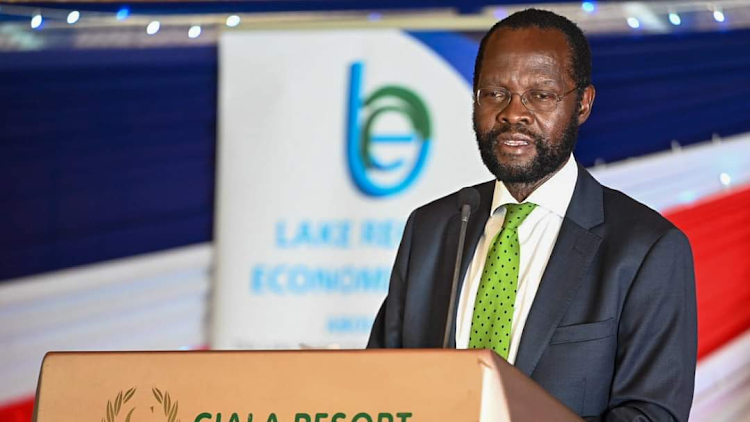 Nyong'o noted that poor sanitation in Kenya as a whole has major health, economic and social impacts, especially on women and children.

He said in a recent report by the World bank Sanitation program,  poor sanitation costs Kenya Sh27 billion each year.

Nyong'o said that a further 5.6 million of the population have no latrine at all and defecate in the open.

The symposium intends to catalyse private sector participation and investment in market-based sanitation and menstrual hygiene management space within the region.

The governor said the report further says that approximately 19,500 Kenyans, including 17,100 children under 5, die each year from diarrhoea – nearly 90% of which is directly attributed to poor water, sanitation and hygiene.

"This is just a sneak preview of how bad the situation has become, hence our gathering there today and tomorrow", said Nyong'o.

It adds that poor sanitation is a contributing factor through its impact on malnutrition rates to other leading causes of child mortality including malaria.

Nyong'o thanked  USAID for supporting this project whose five-year pilot project will be implemented in Eight of the 14 LREB counties.

This is a great honour to our people who will immensely benefit from the project.

"Each of the 8 counties is faced with myriad challenges on sanitation which has had a great negative impact on the health of our people. It is pleasing to note that the overall goal of the project is to create a financially sustainable, transformative, replicable, and locally owned sanitation marketplace in the region".

According to the Governor, the project by USAID aims at strengthening dialogue between the counties and the private sector to enhance access to improved sanitation and menstrual hygiene in the respective counties and establish and build stronger partnerships among partners. 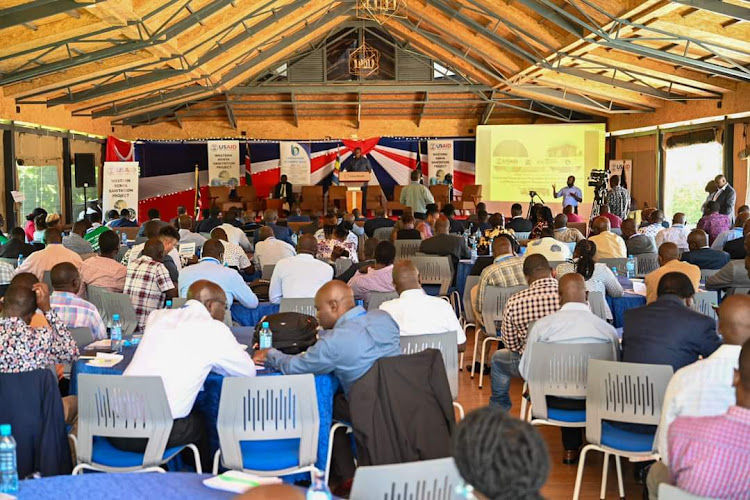 Participants during a workshop on private sector engagemnet in sanitation and Menstrual Hygiene Management in Kisumu on 26th September 2022
Image: FAITH MATETE

"Am confident we will use this meeting to benchmark, share challenges in our counties and craft a way forward while working in close partnership with USAID."

Paul Orengoh Chief of party USAID, Western Kenya Sanitation Project however noted that the workshop is also aimed at supporting improved coordination of stakeholders to strengthen the policy and regulatory environments while increasing the capacity of county governments to effect lasting change in sanitation and menstrual hygiene management.

He added that in the workshop, they will have an opportunity to develop intentional collaborations among key stakeholders to tackle fundamental challenges affecting sanitation and menstrual hygiene in the region.

"Improving sanitation and menstrual hygiene status in Western Kenya is, therefore, a multistage agenda that calls for individuals, organizations, partnerships to the front for sustainable strategies to marshal the necessary resources, skills, ideas and even platforms."

He further noted that the workshop will therefore provide a dialogue platform to delegates drawn from the county governments, the private sector, innovators, entrepreneurs, and donors to lay the foundation for structured engagement to establish and build stronger partnerships toward improved managed sanitation and menstrual hygiene. 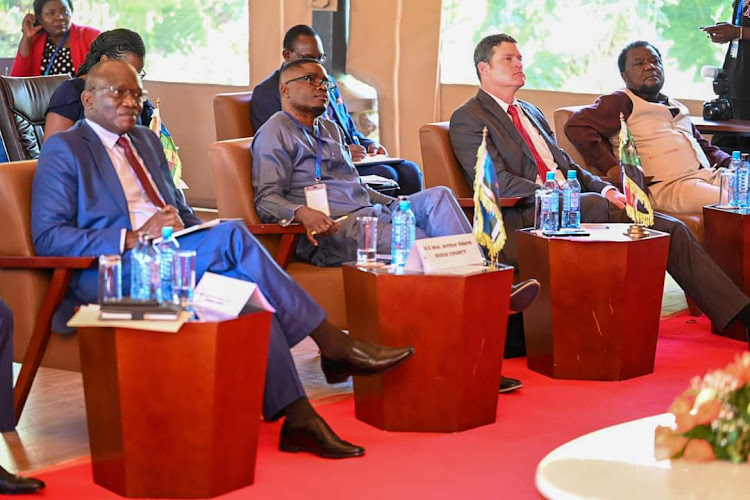