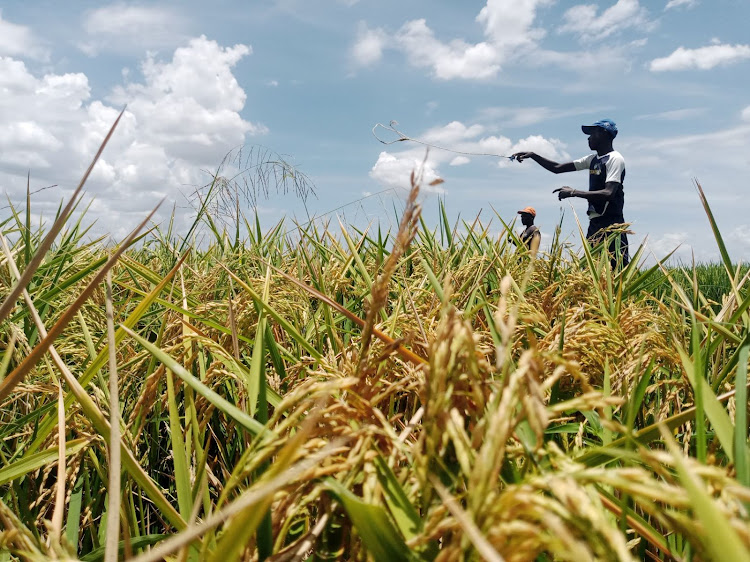 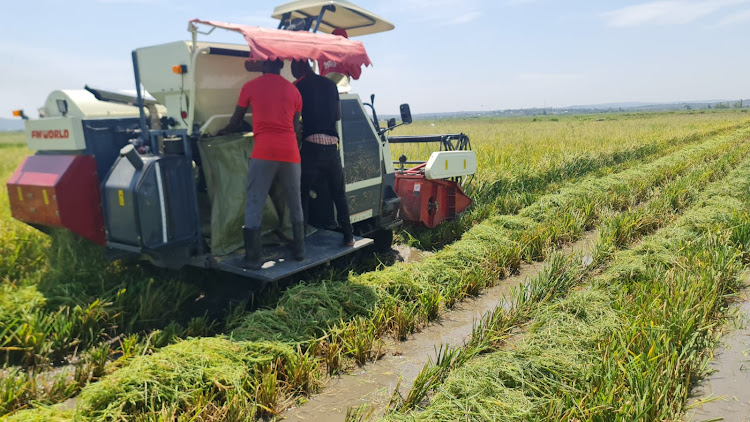 The multi-billion shilling Lower Kuja Irrigation Scheme in Migori county has roared back to life after compensation claims stalled the plan.

Over the past year, work at the scheme stalled after being negatively affected as at least 32 court cases concerning compensation were filed against National Irrigation Board.

A total of 20,223 affected families were earmarked for compensation of Sh106.7 million but the process has been delayed by lack of title deeds, poor land marking and lack of identifications in the scheme that started operations over half decade ago.

“We had challenges of compensation, but we managed to dialogue with the community to look at the bigger picture to allow the scheme go on,”  scheme manager Kennedy Ouma said.

He said for the past four months, they rehabilitated infrastructure like roads, water canals and valves which opened up the scheme and saw improved planting.

In the last four months, the scheme opened 1,200 acres of land for paddy with estimated over 5,000 tones to be harvested with a value of Sh200 million.

This will ensure idle mills roar back to life and business booms in the area.

“We are happy with production, we have introduced mechanisation by bringing a combine harvester which has cut cost of harvesting from about Sh15,000 an acre when manually used to half,” he said.

When completed, the scheme will place over 19,000 of semi-arid and flood prone land under irrigation.

Farmers have so far started to diversify to other trial crops with 100 acres for onions, 50 acres under tomatoes, 2,000 under sugarcane and soya beans expected to take over from empty rice fields withing seasons.

In August 202o, Migori county government was allocated block 2.1 of the scheme with over 400 acres for sweet potato farming whose upgrade was expected to cost Sh100 million, an amount yet to be invested.

The scheme's Farmers union chairman Okeyo Oremo said they have 0ver 1,100 farmers and want the county government to push the sweet potato project to boost the scheme.

“We believe we will make the scheme better and call on governor Ochillo Ayacko to help us boost production by subsidised fertilizer and inputs,” Oremo said.

He said as farmers, they hope with infrastructure upgrade the scheme will be a food basket in the region.

Instead of five sacks they used to get through manual harvesting, now they get at least eight
Counties
5 months ago

An irrigation official says the reservoir can hold up to 180 million cubic metres of water.
News
5 months ago
Post a comment
WATCH: The latest videos from the Star
by MANUEL ODENY
Nyanza
28 September 2022 - 22:00
Read The E-Paper