Neighbour Lucas Wembi told police they noticed something was wrong when the woman failed to open her door. 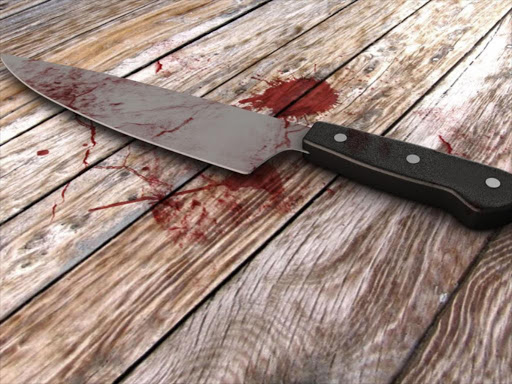 A 60-year-old man has allegedly killed his 57-year-old wife at Wuoth Ogik estate, Migori, after a domestic fight.

After allegedly committing the crime, the man is said to have hid her body inside their house.

Neighbour Lucas Wembi told police they noticed something was wrong when the woman failed to open her door.

Wembi said when they went to check on Adhiambo, they found her arms chopped off and throat slit.

The man had initially reported that his wife was killed by thugs.

However, neighbours said the couple had separated due to domestic squabbles.

“We arrested the suspect, investigations are ongoing but we are alarmed because at least one death is recorded a week, either in murder or suicide over domestic violence,” Migori county police commander Mark Wanjala said.

Within two weeks, a woman died of suicide when she slit her wrist using a kitchen knife.

The woman had complained that her husband wanted to bring a second wife.

Another woman also killed her husband using a knife over similar claims.

The officer said they have been receiving murder incidents every week.

He called upon families suffering from gender-based violence to seek help before the issue escalates.

Data from the county security department indicates that since January, over 48 suicide and murder-related deaths have been reported.

“We are alarmed due to the number of deaths after elections. We suspect the assault cases are high, especially those that have not been reported,” Wanjala said.

On September 8, Paul Nyangi Nyabwari, 30, died after he was allegedly hit on the head with a hammer at Karosi village, Kuria West subounty in Migori

“We managed to arrest the Nyangi's wife who confessed to murdering Nyangi over domestic squabbles after he arrived home drunk,”  Wanjala said.

“There is no need to commit suicide or kill over love. Share your problems so that they are solved,” Kimaiyo said.

The rising cases to domestic violence were attributed to a breakdown of families and called for counselling by the church and family members.

“Killing one another will not solve anything, instead sit down and talk over the problems,” he said.

Murang'a family left in shock after boy, 13, dies by suicide

He was on his knees on the floor, with a bed sheet tied to his neck.
News
2 months ago
Post a comment
WATCH: The latest videos from the Star
by MANUEL ODENY
Nyanza
27 September 2022 - 23:00
Read The E-Paper