Homa Bay governor says this will ensure faster and smooth implementation of projects. 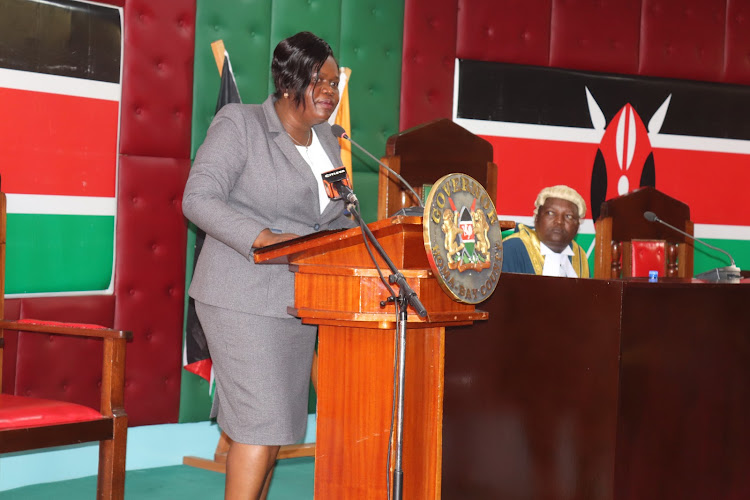 Homa Bay Governor Gladys Wanga has called on MCAs to work closely with her administration to deliver pledges made during the campaign period.

Wanga said good and cordial working relationships between the executive and legislature will ensure faster and smooth implementation of projects.

The governor had promised to complete projects like Kigoto Maize Mill in Suba South and Arujo Animals Feed in Homa Bay.

The two plants were started as flagship projects by her predecessor Cyprian Awiti.

Wanga pledged to instal at least a ginnery in Karachuonyo to support cotton production in Homa Bay.

“We must redeem the lost glory of this county government by completing projects which benefit residents,” Wanga said on Thursday.

The governor spoke when she officially opened the Homa Bay county assembly to enable the legislative house to start its operations.

Wanga said she is happy with the progress being made by a task force she constituted to streamline revenue collection in the county. 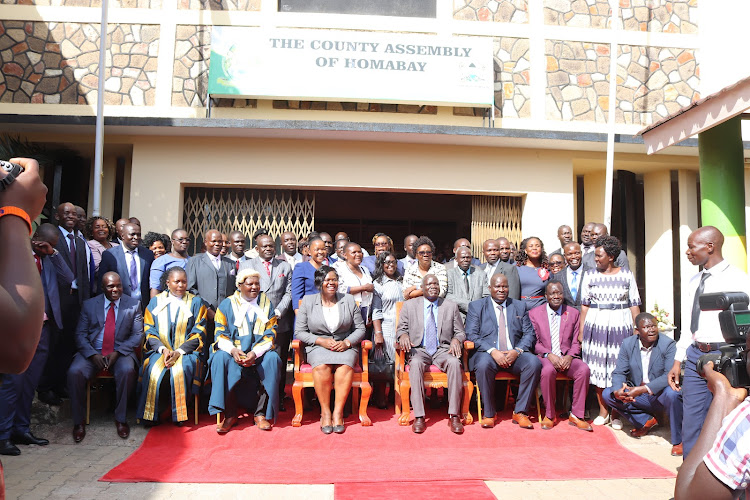 Homa Bay Governor Gladys Wanga and her deputy Oyugi Magwanga together with MCAs after opening the county assembly on September 22.
Image: ROBERT OMOLLO

Wanga said Homa Bay can collect Sh1 billion revenue in a year should the system get streamlined.

She promised to fight corruption by blocking avenues of funds pilferage and eradicating ghost workers from the county payroll.

“This administration is in the process of hiring a qualified firm to audit our payroll. We want to eliminate ghost workers and reduce the unnecessary high wage bills,” Wanga said.

The county assembly speaker Julius Gaya asked MCAs to unite and ensure the assembly remains within its mandate.

He promised to lead an assembly which will not have squabbles and wrangles.

The previous assembly was characterised by wrangles as some MCAs could go to the extent of engaging in fist fights.

“We’ll create a conducive environment for the executive to implement development projects if put the interest of electorate than personal,” Gaya said. 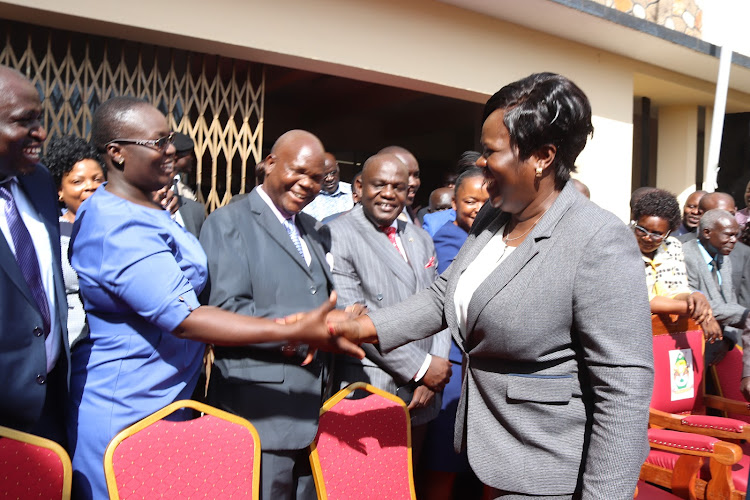 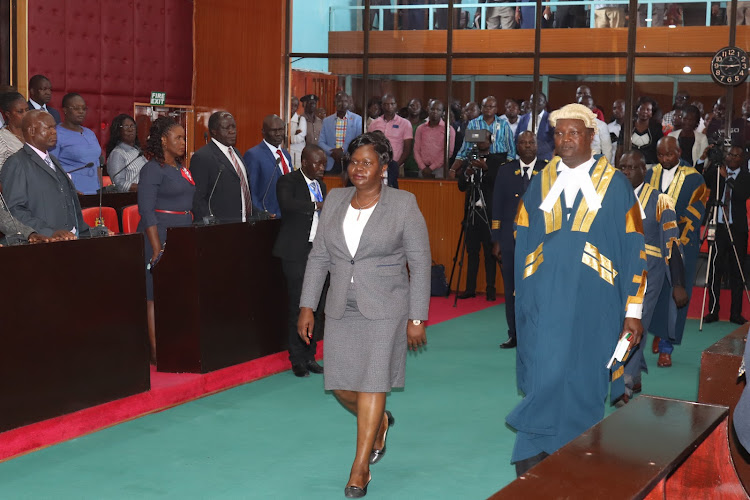 Say they were provided with low quality seed and lacked pesticides.
Counties
2 weeks ago
Post a comment
WATCH: The latest videos from the Star
by ROBERT OMOLLO
Nyanza
23 September 2022 - 23:00
Read The E-Paper