Two charged with fraud and forgery before a Kisumu court

They were also charged with interfering with computerized motor vehicle system

•The two Rosebella Wandere and Grace Awuoro are said to have conspired to commit the crime to defraud contrary to section 317 of the penal code.

•They are accused of entering change of ownership of motor vehicle from Tinsa motor limited to Austin Jimmy Onoka. 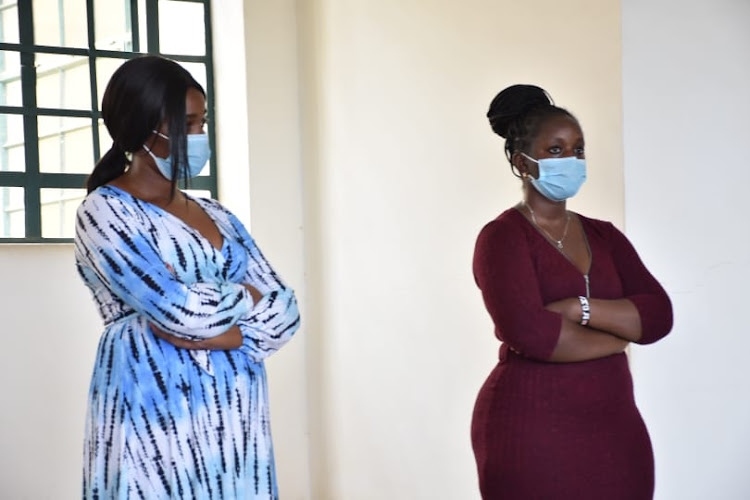 Two women have been charged with fraud and forgery before a court in Kisumu.

Rosebella Wandere and Grace Awuoro are said to have conspired to commit the crime to defraud contrary to section 317 of the penal code.

The court heard that on the diverse dates between March 20, and June 16 2022 at unknown place within the Republic jointly with others not before court, the two conspired to defraud RANA auto section a motor vehicle.

In count two, they were charged with interfering with computerized motor vehicle system.

That on June 19 2022 at NTSA headquarters Upper hill in Nairobi, jointly with others not before court, the two are accused of interfering with entries in the computerised motor vehicle registry.

They are accused of entering change of ownership of motor vehicle from Tinsa motor limited to Austin Jimmy Onoka.

On count three and four, they were charged with stealing by servant.

The court heard that at Rana auto selection limited yard within Kisumu, Wandere being a servant of RANA employed as a clerk stole Sh443,600 while Awuor stole Sh520,600.

Amongst other charges in 12 counts were forgery contrary to section 350 (1) of the penal code where the two intended to defraud, forged Equity Bank banking slip No 00252820 dated 14/2/2022 for Sh100,000 purporting that the said banking slip was genuine deposit made by Austin.

The two however pleaded not guilty to the charges before the Resident Magistrate Beryl Omoko.

The two accused lawyers Sam Onyango and Dick Osano prayed that they be released on reasonable bond terms with alternative cash bail.

They told the court that their clients were residents of Kisumu and not flight risk.

Onyango told the court that the accused are residents of Kisumu and are not flight risk.

"Our client were arrested on September 9 and 10th, they have been in custody for 8 days when the prosecution requested for more time to conduct their investigations," noted Osano.

He also told the court that the two are mothers with children below  6 years of age 6.

"My clients have been ill in custody. No measure has been taken, I therefore propose that they be given a cash bail of Sh30,000."

The two lawyers also prayed to be supplied with court documents.

However the complainant lawyer Gideon Odongo noted that his Client has been receiving threats and warnings to withdraw the case from unknown callers.

He said his client reported the matter to Central police station vide OB 56/15/09/2022 and is currently under investigations.

The Prosecutor handling the matter Vitsengwa Proscovia however noted that they do not have any information that will warrant the opposition of bail.

While in her ruling, the Magistrate released the two accused person on Sh500,000 bond each and an alternative cash bail of Sh200,000.

She also ordered that the defense be furnished with the necessary documents on the matter.

The matter will come up for mentioning on September 20.

Post a comment
WATCH: The latest videos from the Star
by FAITH MATETE Correspondent, Kisumu
Nyanza
21 September 2022 - 00:34
Read The E-Paper