In the first round of the voting, Oraro got 24 votes against Ongou who got 23 votes.

•Oraro garnered 25 votes against former Majority Leader in the first assembly Samuel Ongou who got 22 votes.

•In the first round of the voting process. Oraro got 24 votes against Ongou who got 23 votes. 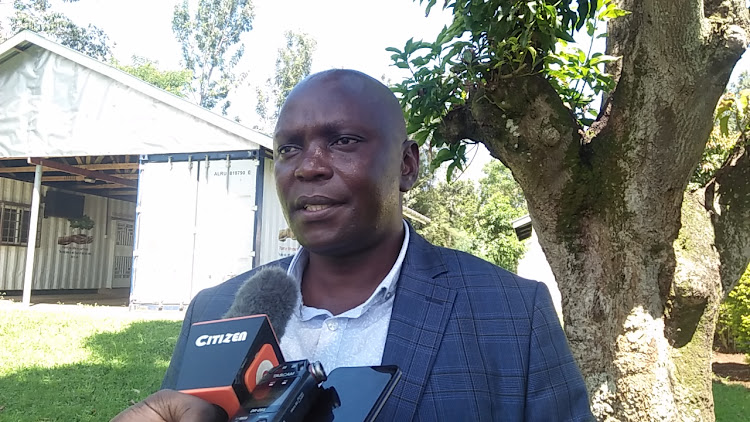 Kisumu county assembly speaker Elisha Oraro has been re-elected for the seat following elections held at the county Assembly on Tuesday.

Oraro garnered 25 votes against former Majority Leader in the first assembly Samuel Ongou who got 22 votes.

In the first round of the voting, Oraro got 24 votes against Ongou who got 23 votes.

The assembly clerk Owen Ojuok noted that Oraro met the minimum threshold of the votes.

"Oraro has obtained the highest number of the casted votes and pursuant to the standing order 82, he stands elected as the speaker of Kisumu county assembly".

The seat had been hotly contested between the two top candidates.

Both had exuded confidence in clinching the seat until the last minute of the elections.

Other candidates for the race were Advocate Ken Amondi and James Kounah who got zero votes.

Oraro's candidature had received numerous support from the ODM party including its leader Raila Odinga.

Raila on Monday night met a section of MCAs for a meeting at Grand Royal Swizz hotel where they talked and even spent the night within the hotel.

The ODM leader was to meet the entire 47 MCAs but only those allied to Oraro turned up for the meeting.

Those allied to Ongou did not show up but instead presented themselves to the assembly on Tuesday morning for the swearing-in ceremony and later election of the speaker.

Earlier, ODM party secretary General Edwin Sifuna had written to the assembly clerk Owen Ojuok that they nominated Oraro to vie for the position, a move that was not welcomed by some.

Oraro in his acceptance speech said":

"Am deeply honoured by the confidence you have bestowed upon me by electing me to serve as your Speaker in the Third County Assembly of Kisumu. Having chosen me from a list of other Three (3) exceptionally outstanding citizens of this County who had expressed interest in the same seat is something I don’t take for granted".

He said as political leaders,  they must dedicate themselves to serving the County and national interests and advancing the common good.

"Adversarial politics only serves to undermine public confidence in our institutions. Let us promote, embrace, enhance and commit to serving the public in the spirit of integration and reconciliation".

Oraro further noted that the priority of this House is to consolidate the achievements enshrined in the Constitution and to seek progress.

"I encourage this House to embrace collegiality, fellowship, mutual and reciprocal respect when conducting all its proceedings. Let us be the agents that promote unity and advancement of this indivisible County. Let us understand our responsibilities in a dynamic and proactive manner and for the sake of the people of Kisumu and Kenya at large."

Raila is expected to meet the 47 MCAs on Monday for dinner.
Counties
5 days ago
Post a comment
WATCH: The latest videos from the Star
by FAITH MATETE Correspondent, Kisumu
Nyanza
20 September 2022 - 17:15
Read The E-Paper