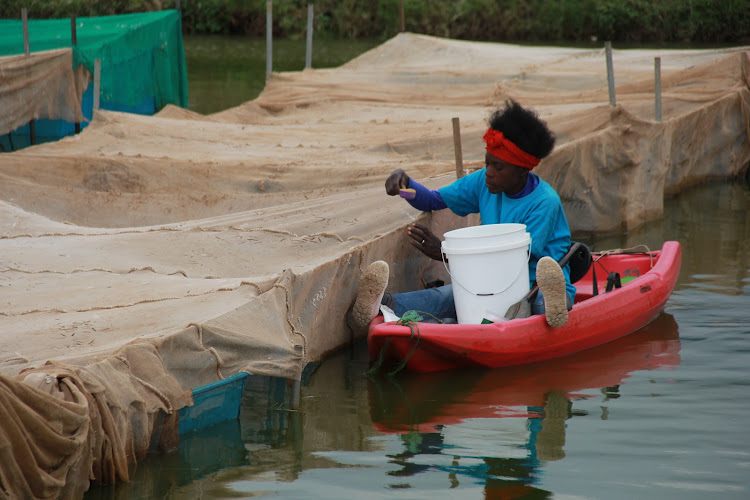 Homa Bay county director of Fisheries George Okoth, has asked fish farmers to acquire fingerlings from hatcheries since they are more suitable for rearing.

The director said fingerlings from hatcheries are well selected based on gender and that male fingerlings are the most preferred for farming.

“It is difficult to distinguish between male or female fish and this can only be done in hatcheries and nowhere else," Okoth said.

He added that it is recommended to farm male fish to avoid overcrowding in ponds as a result of reproduction since males are expected to mature for consumption. The director further said there is a chance of reproduction when fish from hatcheries and the lake are mixed.

“When fish from the hatcheries and from the lake are placed together, there are high chances that they will reproduce,” said the director, adding, “When fish reproduce they outgrow the pond resulting in stagnant growth due to insufficient food and nutrients.”

He urged farmers to visit the nearest hatcheries in the region for fingerlings supply for their farms.

“We have hatcheries in Homa Bay, so those who are in need of fingerlings should place their order in either Muga farm in Kendu Bay or Julet farm in Rakwaro,” he said.

The director said fish farming is easy as long as there is water, adding that with the new technology, water drainage in ponds that affects fish farming can be prevented through use of tanks or raised racks and liners that can be spread down.

Okoth said residents should more often incorporate fish into their diet and cited the many benefits of fish in human health.

“Fish are rich in proteins and minerals such as phosphate and calcium which aid in the growth of muscles and brain, while Omega 3 reduces chances of heart disease.”

He said fish is  classified the category of white meat and do not have cholesterol.

“Cholesterol affects blood circulation to different organs. Fish have close to no cholesterol and therefore they are the most recommended for consumption,” he said.

The community breeds rabbit fish and prawns as an alternative to mangrove destruction.
Counties
1 month ago

Mercy Nyangaresi has said one needs at least 0.8 grams of protein per person per day
News
1 month ago