Voting slow in Kisii amid complaints of delays

Voters with disability say they were forced to line up with other voters. 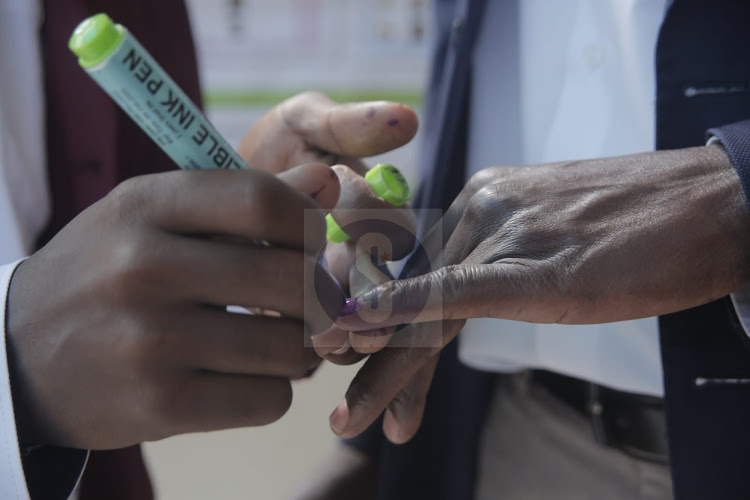 Voting got underway in Kisii Tuesday amid complaints of delays in opening polling centres in some areas.

Voters with disability said they were forced to line up with the other voters.

Joseph Nyambati, 56, was forced to crawl through the queue at the polling centre to cast his vote.

Some elderly voters too said they braved the morning chill to turn up to vote.

Unlike in previous elections, the youth appeared to form a significant junk of those who lined up to vote especially in polling centres close to towns.

He said the exercise began smoothly but for for the thumb prints that took time.

By 7.30am there were long lines at Gekomu, Municipal and Kisii Primary polling stations.

In some suburbs, whistles were blown to alert voters out to go and vote.