Orengo says race with Gumbo not even close

• Orengo says Siaya lacks single factory or cash crop, promises he as governor and Raila as president will change that. 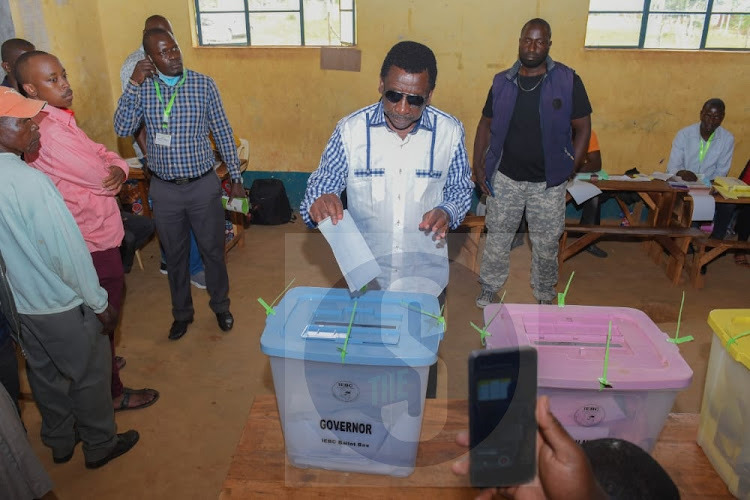 Orengo is vying against former Rarieda MP Nicholas Gumbo of UDM , who voted at Memba Primary School in Rarieda.

"I wonder where this [tight race assertion] is coming from. It is not hotly contested; it is one of the smoothest elections that I have contested," Orengo said after voting.

He said the only hotly contested election he ever participated in was when he was freshly out of the university.

"When I first ran I was contesting against a Cabinet minister. That one was hot." 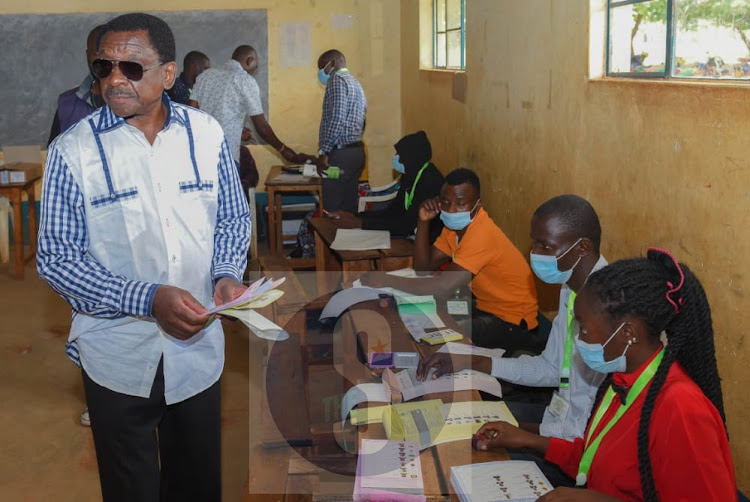 He said his camp will definitely win.

The well-known senator said the voting process was going smoothly at most polling stations in Siaya.

He appreciated the smooth voting process in most polling stations. in

The senator said Raila is a son of Siaya and thus residents must vote for him.

Siaya does not have a single factory, not even a cash crop.

The long-serving legislator said the Azimio manifesto calls for setting up at least one factory in every county. That is reason enough to vote for Raila, he said.

Orengo said his governorship and Raila's presidency will put resources in residents' hands so they can improve their livelihoods and choose a different direction for themselves.

He called for peace during and after voting and urged the electoral agency to ensure the integrity of the vote.

Orengo expressed disappointment in the eleventh hour suspension of voting for governors in Kakamega and Mombasa.

"It is totally unbelievable that a thing like this can happen," he said.

"It is for good reason the elections were scheduled on the same day. To be told a given area is not going to vote is a big failure [by the IEBC]."

Elections should be efficient, accountable, transparent and accurate, he said.

The other two Siaya governor candidates are independent William Otieno and Millicent Oduor of UDA.

According to IEBC records, Siaya county has  544,601 registered voters in six subcounties.

Alego Usonga MP Samuel Atandi who voted at Manyala Primary School said he was helping the elderly and sick to access polling stations.

"This is a unique election where Raila is going to be declared president. Let our people come out in large numbers," Atandi said.

He said the Kiems kits were failing in some instances, urging the IEBC to deploy technical teams to fix the problem and speed up voting.

Previously, ODM candidates would slow down their campaign momentum after winning nomination.
Counties
2 months ago