Maangi says they entered the kraal and the chicken coop and found nothing before they retreated.

• The move, the outgoing Kisii deputy governor said, was a calculated scheme meant to intimidate them hours to the election.

• But subcounty police commander Christine Amaya termed the reports by Maangi as "fiction." 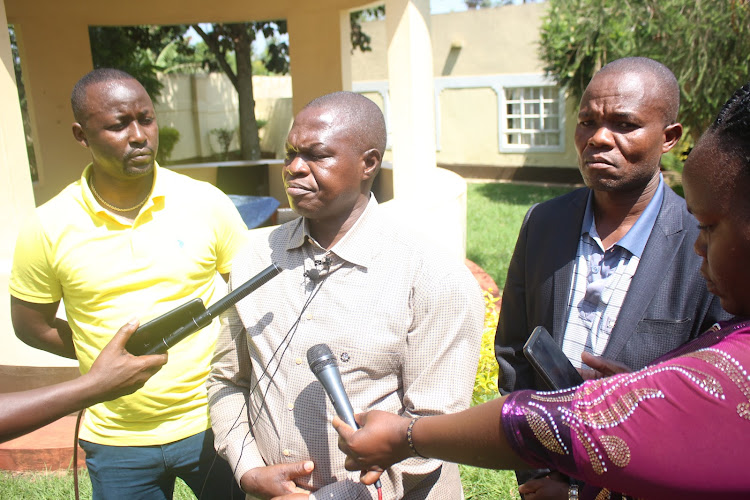 Kisii UDA senator candidate Joash Maangi has claimed police stormed his Ogembo residence on Monday at dawn on suspicion that stuffing of ballot papers was ongoing there.

The move, the outgoing Kisii deputy governor said, was a calculated scheme meant to intimidate them hours to the election.

But subcounty police commander Christine Amaya termed the reports by Maangi as "fiction."

"There is no officer from my station who has raided his residence. What you are telling me is pure fiction,” she told the Star on the phone.

However, Maangi maintained officers raided his home and that workers were told that some ballot stuffing was being done there.

He said they entered the kraal and the chicken coop and found nothing before they retreated.

Maangi said he was not in during the raid.

In separate press conferences in Ogembo and downtown Kisii, the deputy governor accused the police of being used to intimidate UDA candidates in the region.

He said he has reported the incident to officers in Ogembo for them to probe.

"I am a law-abiding citizen and never known for such acts before and in the foreseeable future,” Maangi told journalists.

Maangi was joined by UDA governor candidate Ezekiel Machogu, who condemned the incident.

"We are on the cusp of a momentous poll on Tuesday and it reeks of malice for security agents to be used to conduct illegal raids on people’s homes.  I condemn this and ask our officers to be professional as they execute their mandate,” he said.

The two were flanked by his running mate Migosi Ogamba and woman rep candidate Teresa Bitutu. 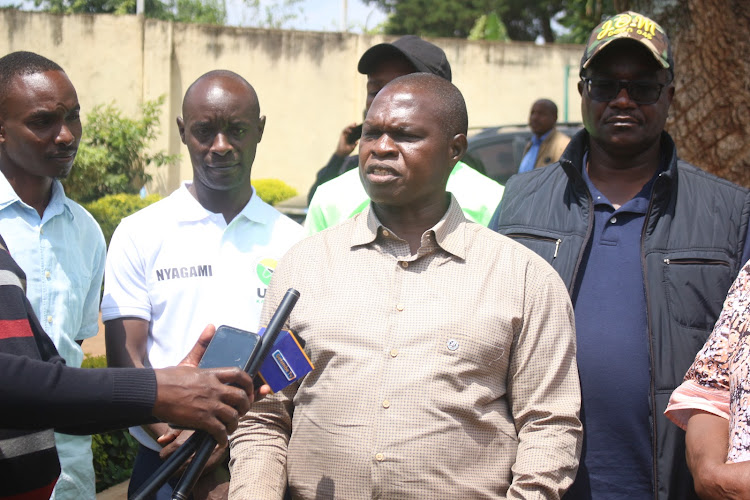 Meanwhile, police in Masaba South are hunting for two people suspected of ambushing and injuring Kanu candidate Hillary Nyaanga's driver Zablon Mabira and three other supporters on Monday at dawn.

The driver had escorted Nyaanga's relatives at 3am and was returning when he was ambushed outside Masimba police station and hit with a blunt object.

Subcounty police chief Samuel Gitau said they have started a manhunt for the suspects.

"A complaint has been filed with us and a probe is underway to advertise the motive for the attack," he told the Star in his office.

Gitau said they are trying to determine if Manduku was in any way involved in orchestrating the violence.

He said they want to know the motive of the suspects.

"We have forwarded the case to DCI to unearth any other suspects linked to this incident," Gitau said.

He said the officers were recalled Monday morning.

"I have not been given any reason so far. I was only told they had been told to report back to their stations. I want to tell my supporters to stay calm because I still believe God will grant me the security I need,” he said. 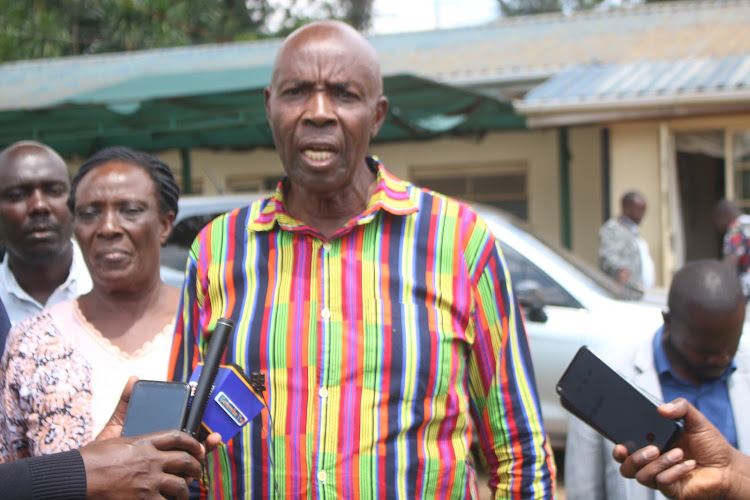