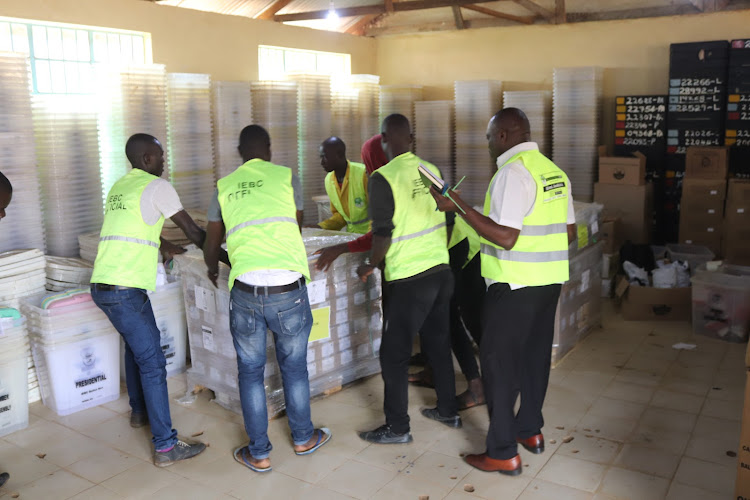 Four people who were recruited by the IEBC to handle elections in Ndhiwa constituency have been dismissed after they were accused of engaging in malpractices.

They were meeting at the home of an aspiring MCA in Riat in Kanyikela ward. They were allegedly planning to stuff ballot papers into ballot boxes in favour of certain candidates of a political party.

On Monday, the commission through Homa Bay IEBC returning officer Fredrick Apopa dismissed the officials over the offence.

Apopa, without giving their names, said the officials were removed from work because they participated in unlawful meeting.

”We’re hiring other people to replace the vacancies created by the dismissed individuals. They can no longer be trusted,” Apopa said.

The IEBC officer said the sacked individuals are reported to have been meeting an MCA and a parliamentary aspirant in Ndhiwa.

He said they still don’t know what the four had been discussing in their meetings.

The matter came to public after some concerned residents stormed the home, frog-matched the suspects before calling police to arrest them.

They were later taken to Ndhiwa police station for interrogation.

“We’re working together with the police to investigate them. Appropriate action will be taken against them for attempting to engage in electoral malpractice,” Apopa said.

Some of the people who will be questioned are residents who took the officials to Ndhiwa police station. The outcome of the investigation will determine whether they will be charged.

Other officials from the commission who were in the meeting managed to escape after seeing the crowd charging towards the home.

Kimengich says rhetoric increasingly ugly among citizens and leaders and a cause for alarm.
Counties
1 month ago

All institutions well prepared, differences among personalities and institutions ironed out, says Haji
News
1 month ago