• She served as Karachuonyo MP and now is chairperson of the Kenyan Caucus for Women's Leadership. 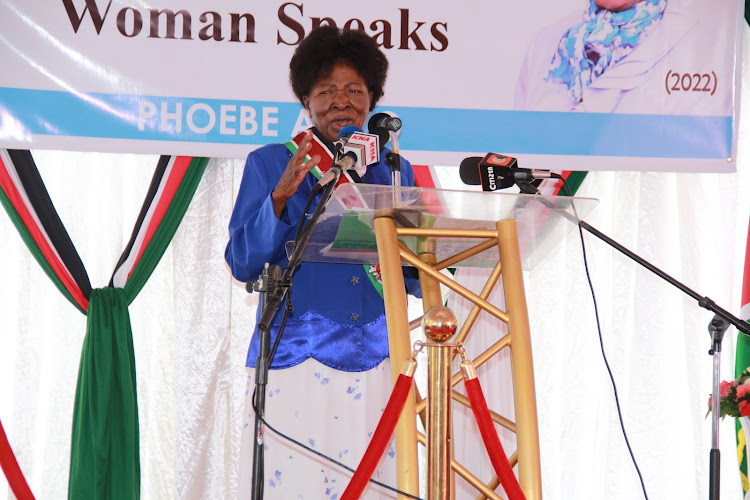 She said on Monday that on Tuesday Kenyans have an opportunity to implement the two-thirds gender rule and make it a reality. It's the law but has never been implemented.

Asiyo who is the UN Development Fund for Women goodwill ambassador, and also chairperson of the Kenyan Caucus for Women's Leadership, said Kenyans have an opportunity to make the two-thirds gender rule a reality.

Addressing the two-thirds gender rule will ensure Parliament is not faulted for violating the constitution.

Former Chief Justice David Maraga said Parliament should be disolved because it did not observe the two-thirds gender rule. He advised the President but his advice was opposed.

Kenya has not implemented fully the rule despite the law being anchored in the constitution. It says no elective or appointed official body should contain more than two thirds members of one gender.

Both 11th and 12th Parliaments failed to enact enabling legislation.

Some Kenyans filed a petition demanding that Parliament be sanctioned for failure to comply with a High Court order that it enacts laws to ensure the country achieves the two-thirds gender rule.

“Kenyans have an opportunity to address the two-thirds gender rule which has been difficult to meet. It will be better if we elevate more women to political leadership,” she said.

Asiyo has been advocating for women's leadership. In her tenure (1980-1997) as MP, she supported more women to get political power.

Asiyo is among the women who pushed for important changes that ensured the introduction of affirmative action in the constitution which empowered more women.

Homa Bay is among counties leading in women leadership.

Keep your word on women inclusion after polls, Leaders told

They said two thirds, representation of youth, PWDs must be achieved
News
1 month ago

"Female aspirants are forced to comprehend much baggage more than their male counterparts."
News
1 month ago

How Kenya is trailing in women leadership