We've enough stock of unga, Oguna assures ahead of polls

He said government is working on resolving artificial shortage created by millers over payments.

• He said the stringent demands by millers are unfavourable to wholesalers and are creating artificial shortage of unga in the country. 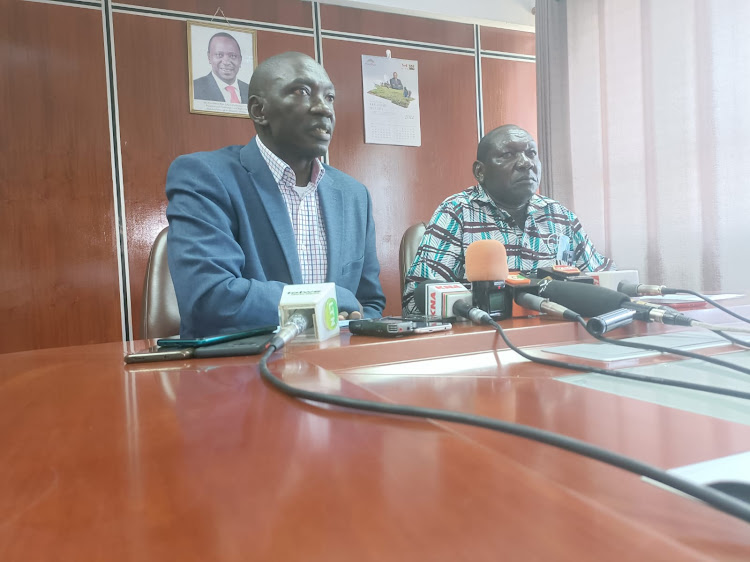 There is sufficient stock of maize flour in the country despite a deadlock between millers and wholesalers over payments, the government has said.

Government spokesperson Cyrus Oguna on Friday said supermarkets will have enough supply of the subsidised unga across the country during the election period.

“There is enough unga for Kenyans but some retailers are not stocking because of the new conditions put in place by millers over payments,” he said.

He, however, said the government has initiated efforts to end the stalemate and ensure sufficient supply of the staple commodity.

"The government has initiated discussions between the millers and retailers to ensure sufficient unga in the stores,” Oguna told the press in Kisumu flanked by Nyanza Regional Commissioner Magu Mutindika.

He said the stringent demands by millers are unfavourable to wholesalers and are creating artificial shortage of unga in the country.

“We are trying to have the two agree so that wholesalers can pay the millers in three days. We want unga in all the shops in the country upon breaking the deadlock.”

Maize flour prices went down on July 20 from an average of Sh210 to Sh100 following the introduction of a food subsidy by President Uhuru Kenyatta.

The head of state said the subsidy was arrived at after consultations with millers.

"This programme of a subsidy of approximately Sh105 per 2kg pack of maize meal is meant to lower the cost of living for vulnerable households as we look for a sustainable solution to the recurrent rising prices of unga every election,"Uhuru said.

On July 20, Uhuru announced that unga was going to retail at Sh100.
News
2 weeks ago

What Uhuru did to bring down price of Unga