The institution is now a fully-fledged university and the name has changed to Tom Mboya University.

• Ocholla said they want to introduce programmes which enhance proper utilisation of Lake Victoria as a key resource in Nyanza region.

• He said they will embark on innovative skills and research to utilise the lake and make it more beneficial to residents. 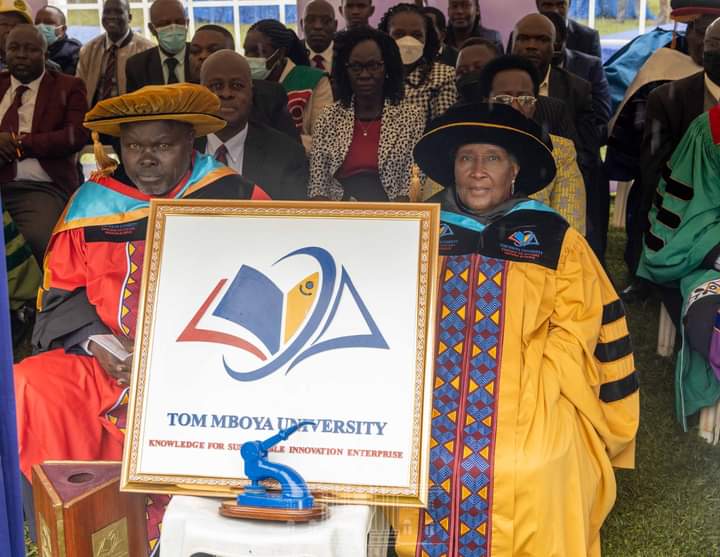 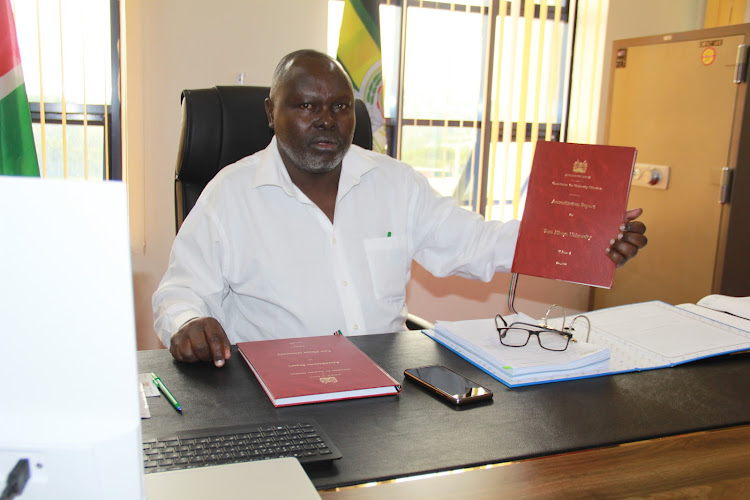 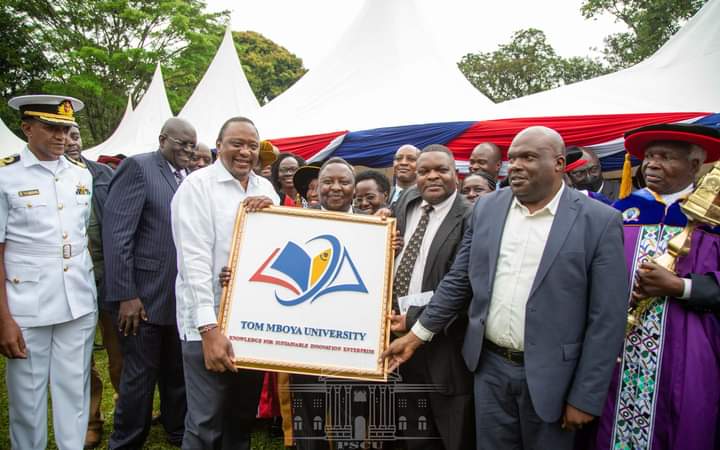 Uhuru awarded the institution the charter at Kakamega State Lodge during his tour of Nyanza and Western regions.

Tom Mboya University College has been operating as a constituent of Maseno University since October 2016, when it received its first batch of 140 students.

The institution’s student population has grown to about 5,000.

It is now a full-fledged university and the name has been changed to Tom Mboya University. It will henceforth offer its own degrees.

At its inception, the institution was offering programmes under three main faculties-Education, Business and Economics and Biological and Physical Sciences.

After receiving the charter, the university can increase its faculties and programmes. The award has also handed it an opportunity to recruit a vice chancellor.

Speaking to journalists at his office on Wednesday, the institution's principal Prof Charles Ocholla said they will introduce more courses.

He said their vision is to create a niche in the blue economy. The university is situated about 1.5 km from Lake Victoria.

Ocholla said they want to introduce programmes which enhance proper utilisation of Lake Victoria as a key resource in Nyanza region.

This will involve understanding the lake to enable the university to innovate ways through which it can transform livelihoods through fish farming and environmental conservation.

“A university is required to create a niche it is known for. Our niche is blue economy because we’re situated in Homa Bay which has the largest share of Lake Victoria,” Ocholla said.

He said they will embark on innovative skills and research to utilise the lake and make it more beneficial to residents.

In its accreditation report, the university has been given the green light to offer 39 academic programmes for undergraduate and postgraduate levels.

The accreditation report is a document that contains academic programmes a university is allowed to offer.

Ocholla said businesses are now flourishing in Homa Bay town because of the students.

“Student spends at least Sh100 on food per day. This has made businesses thrive in Homa Bay,” he said.

Tom Mboya University was named after former Labour minister Tom Mboya (deceased) who was a resident of Homa Bay.

Ocholla said they want to ensure the university achieves the vision of Tom Mboya.

Homa Bay Bunge La Wenye Nchi speaker Walter Opiyo and member Oloo Gor said the charter is one of the benefits they have received from the handshake between President Kenyatta and ODM leader Raila Odinga.

“This is the major project we have acquired as Homa Bay residents through the handshake,” Oloo said.

Opiyo said the institution will enable residents to learn in their villages.

“Our sons and daughters will be cushioned from travelling long distances in search for higher education,” he said.

A Charter defines the governance of a University including powers to award degrees.
InPictures
1 week ago
“WATCH: The latest videos from the Star”
by ROBERT OMOLLO
Nyanza
03 August 2022 - 22:00