•Nyong’o on Wednesday assured those residing and traveling to Kisumu that the city is peaceful.

•He was reacting to the travel advisory issued by the United States embassy. 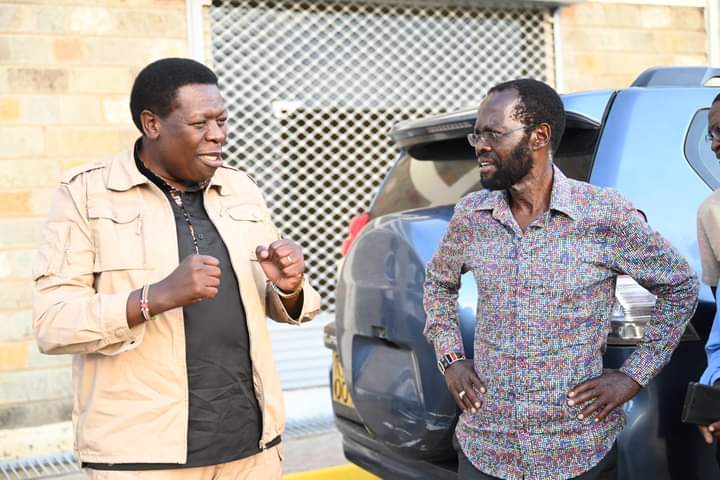 Kisumu Governor Anyang Nyong’o has assured residents and investors that the lakeside county will be safe during and after next week's elections.

Nyong’o, on Wednesday, said those residing and traveling to Kisumu city will be safe.

He was reacting to a travel advisory issued by the United States Embassy in Nairobi which cautioned American citizens against traveling to Kisumu.

"I want to assure those traveling to Kisumu that our people are very peaceful and looking forward to welcoming you. Enjoy our beautiful sunset city,"Nyongó said.

“I have read in the newspapers today that the US Embassy has issued a travel advisory about Kisumu. I am very much ignorant about this as far as I know Kisumu has been very peaceful.”

The US embassy had cautioned American citizens on Tuesday against traveling to Kisumu during elections.

"Out of an abundance of caution, the embassy has imposed movement restrictions on personnel in Kisumu. The State Department reminds US citizens of the continued need for sustained vigilance," the statement reads.

"Election-related demonstrations and rallies regularly take place in the run-up to the election and are likely to continue, at times blocking key intersections and causing traffic jams."

The US embassy urged its citizens to monitor local media for updates, avoid crowds and demonstrations as well as be aware of their surroundings.

Nyong’o said Kisumu hosted the Africities summit in May which was very successful with several visitors staying longer in the city.

More than 3,000 participants and high-profile dignitaries, including heads of state attend the summit.

"The visitors enjoyed peace and tranquility in the lakeside city,” he said.

The President stayed in Kisumu for three days and launched various projects in Kisumu, Vihiga and Bungoma counties.

“We did not witness any insecurity incident. We have enjoyed peace for the last five years,” he said.

Other projects launched by the President included the Kisumu railway station and Dada EPZ.

“All this happened with a great celebratory mood by the people of Kisumu and as far as I am concerned during this election period there has not been any single incidence of violence in Kisumu,” Nyong’o said.

“Few people have been using provocative language but residents are mature enough not to give them any attention."

He asked the US embassy and the ministries of Foreign Affairs and Interior to absolve Kisumu from any tension notwithstanding his statement.

“I want to appeal to residents in Kisumu to vote peacefully and all candidates to know that it is their vote that decides,” Nyong’o said.

The county boss warned anybody with the intention to disrupt the voting process to know that Kisumu residents do not stand for violence.

Nyong’o said he was not privy to any intelligence report from the national government or the US embassy.

We've no security intelligence, travel alert in Kisumu routine - US

US Embassy in Kenya said travel alerts are routine globally during elections.
News
2 weeks ago

The embassy had cautioned American citizens against travelling to Kisumu during elections.
News
2 weeks ago
“WATCH: The latest videos from the Star”
by MAURICE ALAL Correspondent, Nyanza Region
Nyanza
03 August 2022 - 22:00
Read The E-Paper